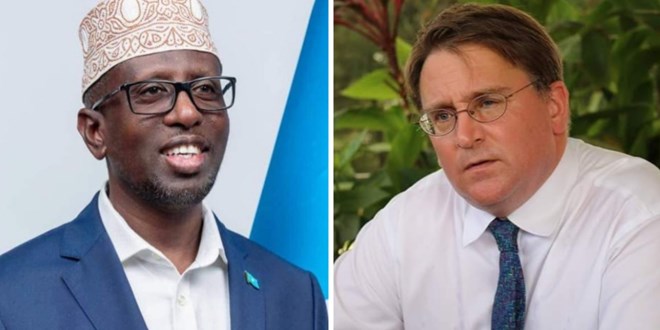 Ex-Somalia’s president Sheikh Sharif Sheikh Ahmed has held telephone conversation with UK ambassador to Somalia, Ben Fender on Wednesday. The parties discussed issues ranging from Somalia’s upcoming polls which is slated to be held at the end of 2020 and the beginning of 2021, the relationship between Somalia’s Federal Government and Federal Member States. The two sides have also exchanged views on joint efforts to combat the COVID-19 pandemic. The UK embassy to Somalia has not so far issued a formal statement on the phone conversation between Ben Fender and the former president, Sheikh Sharif. Forum for National Parties in Somalia was supposed to hold a convention in which they were supposed to announce their candidacy for Somalia’s upcoming presidential polls but deferred due to the partial lock-down of Covid-19. The current Somalia’s leadership under President Farmajo is insisting on to hold one man one vote but experts were skeptical about the government move. Somalia’s is due to hold its presidential polls within months.