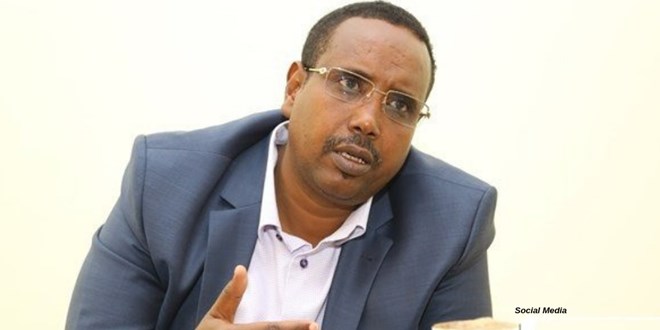 Abdi Illey was accused of inciting inter-communal violence which left more than 58 people dead in the city of Jigjiga, the capital of Somali state.

“I administered the state in a proper way, and I did not commit any crime. I am not guilty,” he said.

He made the plea in a court hearing on Wednesday, October 30, 2019 at Lideta Criminal Court. The court also ordered the police to publish names and photos of seven other suspects who are still at large. All are accused of killing and wounding people as well as causing the displacement thousands in the capital city, Jigjiga, and other towns.

About 50 individuals were charged along with Abdi Illey in August 2019. Those suspects who were arrested and charged under the same alleged crimes complained that justice has not yet beenserved and that they continue to be mistreated.

On January 25, the Attorney General’s office revealed that the August violence resulted in the killings of 58 people while 266 were injured. The report by the office also revealed gruesome details which were previously unreported, including the discovery of a mass grave where the remains of 42 of the victims were found.

Police have been in search of other suspects who are still at large. The delay in apprehending the suspects and finding other evidences has created obstacles for the court to pass verdicts, the defendants have said.

Eight more bodies were discovered on the premises of St. Michael Church in Jigjiga city. The report also said ten women were raped in just a span of three days but added that there could be more unreported cases of rapes. Properties worth about 421 million Birr were also vandalized in the violence, the charges indicated.

The court admitted the delay and vowed to do all it can to serve a speedy justice.

Abdi Iley was detained on August 27 from a house in Addis Abeba. He remained in jail facing serious criminal charges after his August 30/2018 request for bail was denied by the federal high court.

The August violence had eventually led to the intervention of federal forces and subsequent ousting from the presidency of Abdi Illey.