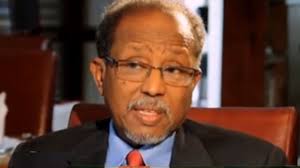 Ex-Somali Prime Minister and the leader of now defunct Khatumo state, the late Ali Khalif Galeyr, at the age of 79 dies in Jigjiga, the administrative seat of Ethiopia’s Somali state.

The news of the passing away of former Somaliland politician as well as ex-Somali PM was confirnmed by the deputy presidency minister of Ethiopia’s Somali state, Omar Faruk Warfaa.

The late Galeyr has been sick while in Jigjiga for the past couple of days according to initial reports coming from there.

It was October, 2017 when former Somaliland President Ahmed Silanyo signed a peace agreement with Ali Khalif Galeyr who was the leader of Khatumo state.

The demise of Ali Khalif Galeyr was born in Lasanod on 15 October 1941.