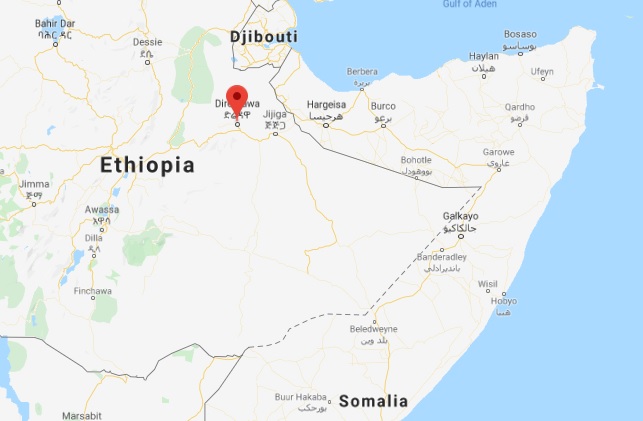 At least two people have been killed and ten others wounded in ethnic clashes in Dire Dawa, Ethiopian eastern city on Monday this week.

The clashes which continued on Tuesday, November 19, 2019, at a place called Ginde Gerada have left at least ten people wounded and two of them died at the Dil Chora hospital.

The city has been the scene of sporadic clashes between members from the two ethnic groups for several months, reportedly over land ownership issues.

Ethnic Somalis and Ethnic Oromos both claim ownership of the city which lies strategically on the Ethiopia-Djibouti highway.

According to the eyewitnesses, there were dozens of people who denied the injured access to the hospital while some others threatened the health professionals who were trying to treat the victims.

According to the eyewitnesses, the health professionals in the hospital have been divided into categories over the provision of services to the victims and that created serious challenges to the hospital’s administration.

The city’s police commission on Monday, November 18,2019 said communal violence in the city left one person dead over the weekend.

In a press statement, Dire Dawa city administration police commission said communal clashes over the weekend resulted in the death of one person by stabbing, injuries to several other persons.

“Local and federal security forces have been deployed in the area to prevent a recurrence of the weekend deadly communal violence,” said the statement.

Meanwhile, tensions remain high in Ethiopian universities where students have been leaving to nearby churches, relatives or back to their families to avoid possible attacks.

A student who suffered injury from last week’s attack at Wello University has passed away, the Ministry of Science and Higher Learning Institution has disclosed.

The ministry further said 26 students who were suspected of instigating violence in Asossa University have been arrested.

Ethnic Amhara students have reportedly been leaving universities in the Oromia region without applying for withdrawal.

Dechassa Gurmu, Communication Director of the ministry has denied the dropout story by ethnic Amhara students but claimed the situation has calmed down following discussion in which all parties were involved.