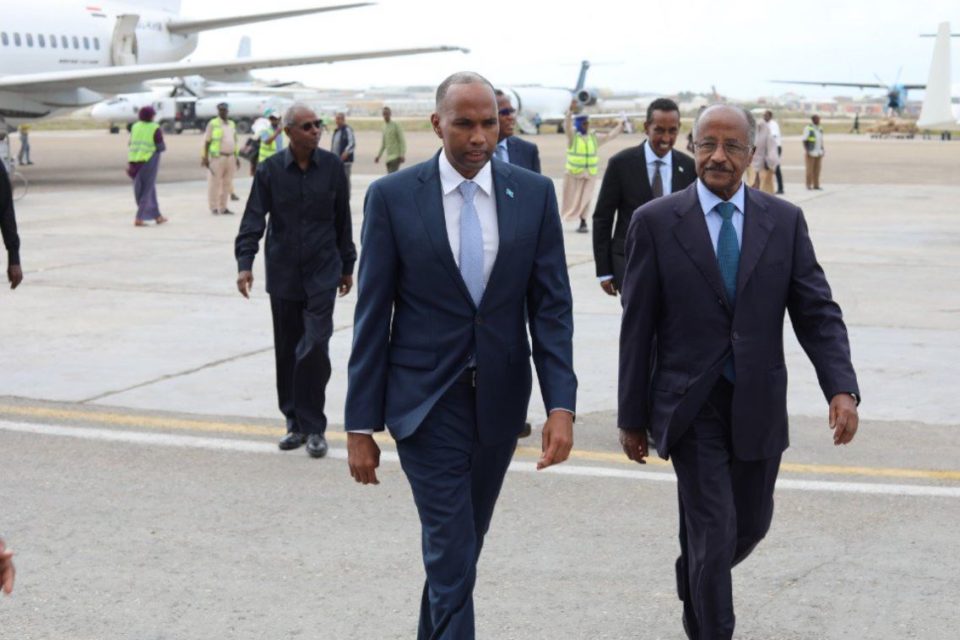 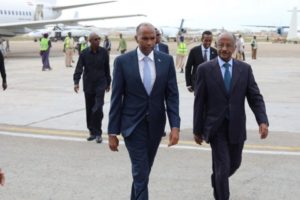 During his stay, Saleh will meet with Somalia’s government officials. The FM is accompanied by Eritrean President’s adviser, Hon. Yemane Ghebreab. The Eritrean delegation was greeted by Somalia’s Prime Minister, Khaire upon landing at Aden Adde airport. The Eritrean president, Hon. Isaias Afwerki  is due to pay a courtesy call to Mogadishu, Somalia’s capital.

The two countries have normalized relations following the detente between the long foes of Eritrea and Ethiopia which have recently ended the longest raging hostility in the Horn of Africa. The incumbent Somali president, Mohamed Abdilahi Farmajo paid a historic courtesy call to Asmara last year and was the first Somalia’s Head of State to visit Eritrea since its secession from Ethiopia in 1993. Eritrea offered base to extremist organizations fighting in Somalia that is why the Somalia severed ties with Eritrea. 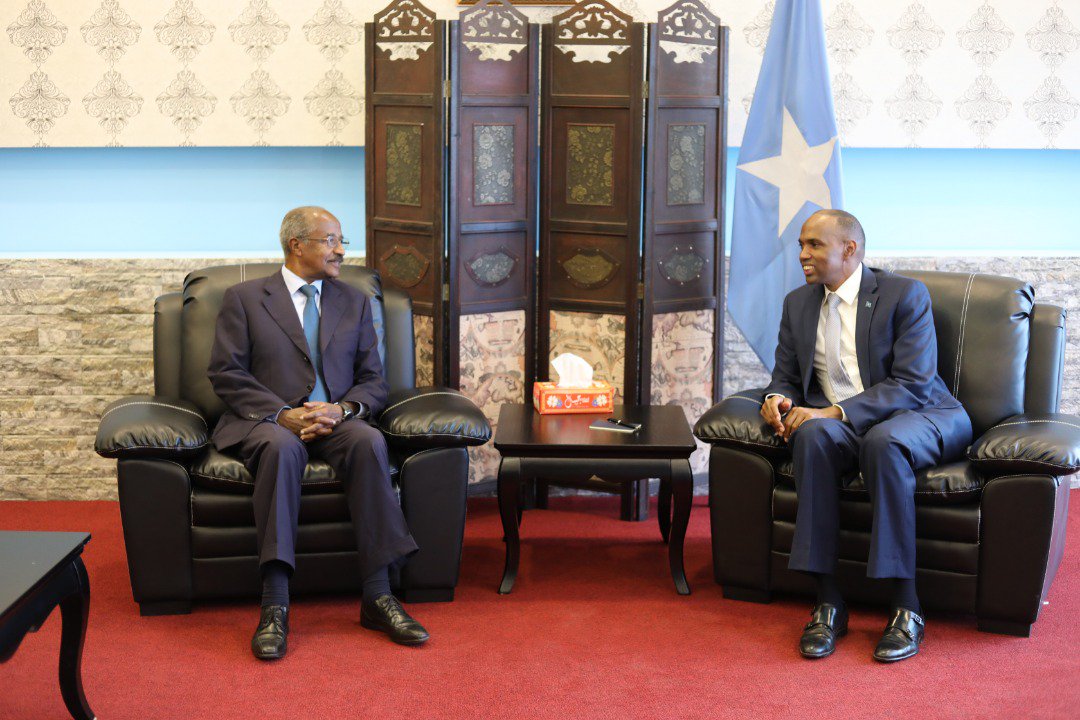 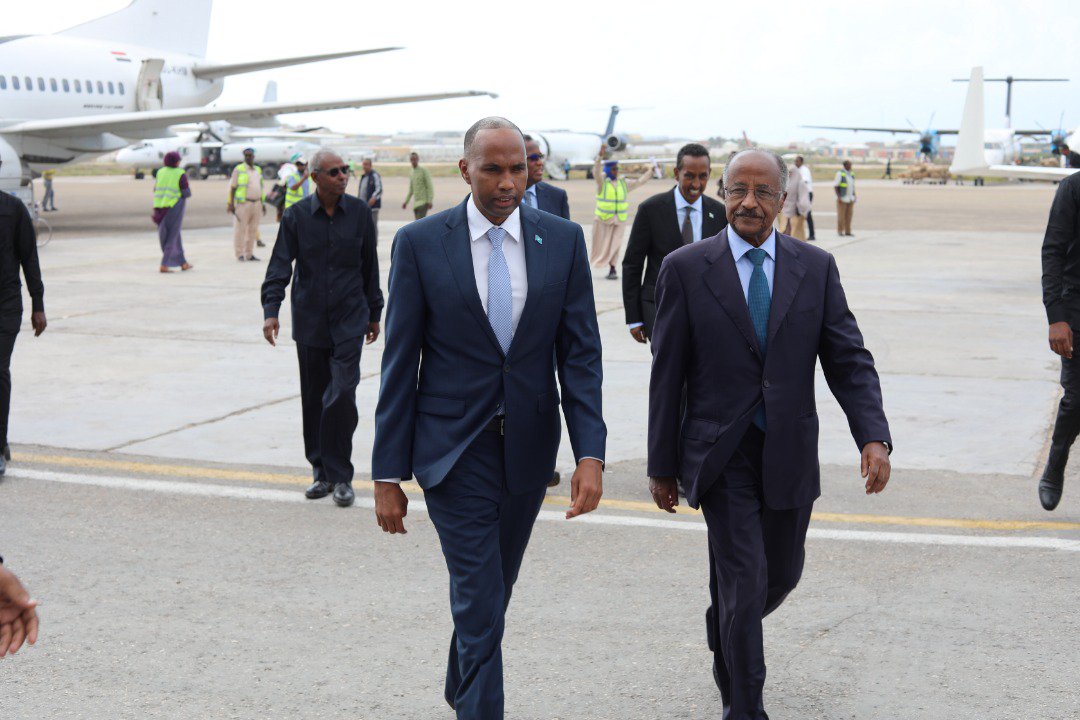