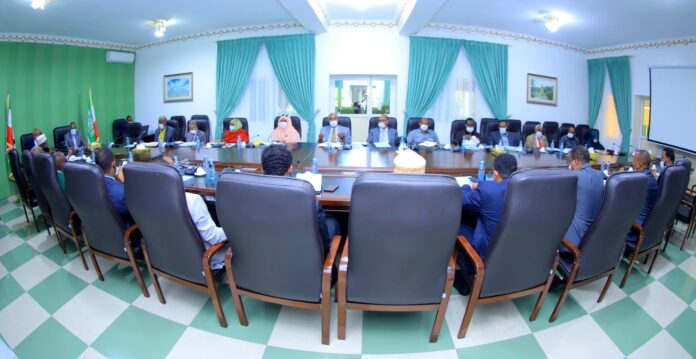 The state has cautioned all members of the civil and security services to desist forthwith from aligning themselves to any partisan innuendoes as far as politicking is concerned in the country.

A statement from Presidential spokesman Mr. Mohamoud Jama Warsame at the eve of the New Year (dated 31st Dec 2020) noted that the 69th session of the council of cabinet meeting warned the civil servants and security personnel not to be publicly seen with emblems or association artefacts depicting the political parties at any given time hence that they should depict being apolitical as per constitution.

In the same breath the press release pointed out that such persons should forthwith resign from their public positions if they want to indulge into politics.

Of the note was the fact that the Head of State called upon the members of the cabinet to see to it that the national development plan for this year is adhered to and see to it that it is realized.

He noted that the endeavours to this connection are as per the policy plan of the government.