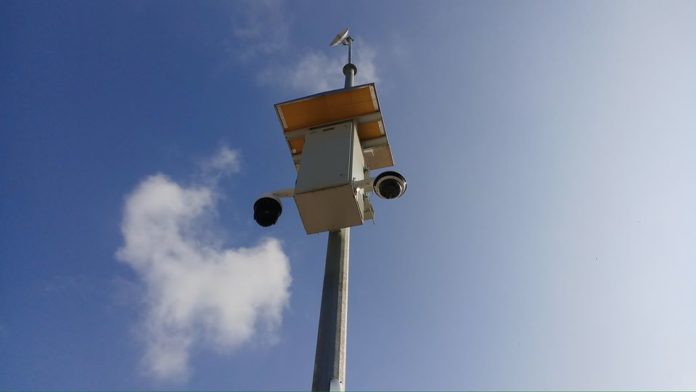 CCTV surveillance cameras installed in some of the roads in Mogadishu to monitor the movement of traffic and locals for public safety.

The cameras were seen having been set up in Maka Al-Mukarama junction.

The previous cameras stopped functioning and the newly ones installed in nearby roads to Villa Somalia.

The objective behind the cameras is to open the closed roads in Mogadishu.

Security forces will be deployed in major roads to check vehicles while the cameras will monitor the movement.

Al shabab ordered business stalls in Mogadishu to turn off the cameras after its member who was conducting a covert operation was identified thanks to the CCTV cameras.