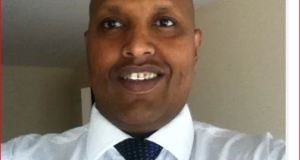 I was always in favor of Somaliland talks with Somalia, the reason for this is the fact that we needed to talk to determine the futures of both countries so they can live as two brotherly countries as we were before we came together in 1960, I was in favor cause the whole world wanted so and due to the unprecedented financial and political efforts put by the international community, and the fact that the international community emphasized and lay stress on again and again that talks to take place to decide either way to define our future

I am now not in favor that Somalia and Somaliland talks continues. I strongly support President Muse Bihi Last speech where he says Somalia must first recognize Somaliland before talks resumption and the reasons are:

I urge, recommend and call the President of Somaliland republic that the time has now come to end the talks between Somaliland and Somalia permanently, a simple reason is the fact that Farmaajo of Villa Somalia has breached the agreements reached by previous governments.

Now why I believe the talks to stop permanently is:

Just a year or so ago villa Somalia breached the agreement by taking the control of the Somaliland airspace to Villa Somalia and also are now in the process of trying taking control of our waters, which is impossible to control anyways as we are busy about our internal affairs.

The Somaliland, Somalia talks went through a different stages and at a different country venues, the talks progressed well after probably more than eight or nine times, there was an important agreements that were signed both Somaliland and Somalia authorities. It was agreed that Somaliland continues controlling Somali/Somaliland airspace’s but Farmaajo violates this and took the airspace control to Villa Somalia

Also part of the agreement concerning the encouragement and facilitation of international aid and development provided in Somaliland is also cited in the Communique where the parties commit to refrain from using any inflammatory language and any other act which may put the continuation of the dialogue at risk. This has also failed at unprecedented speed in only Farmaajo’s time. Basically Farmaajo violates everything, including trying his best rejecting Berbera Port expansion and also trying to ban Somaliland selling their livestock to the Saudis, which is the livelihood of five million people

Another valuable point that was in the agreement was the fact that both parties will share intelligence and cooperate in the fight against terrorism, extremism, piracy, illegal fishing toxic dumping, maritime crime and serious crime, stated in the Communique. Instead Farmaajo’s kept sending money to Hargeisa and the eastern part of Somaliland to destabilize the country as well as creating and encouraging civil wars in that eastern part of Somaliland

Somaliland government should suspend the talks between Somaliland and Somalia permanently and as of this minute.

And why I believe the talks should stop

Finally, one word to the international community

How long will the international so-called community carry on ignoring Somaliland remarkable achievements.

I URGE the international community to pay attention to the Somaliland case before it’s too late, instead of pumping billions of dollars to Somalia failed state

After thirty years of demolition and the brutal genocide in Somaliland by Siad Bare’s regime, the saga still continues, It was a disastrous and idiotic mistake for which Somaliland continues to pay for this date.

Somaliland government should hold back talking with Somalia permanently