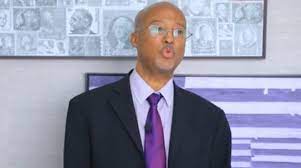 The Ambassador of Somaliland to the United States Amb. Bashir Goth noted that his host country’s move to enact the ‘Somaliland Partnership Act’ will go a long way to have a great impact as far as Somaliland’s aspirations are concerned.

Pointing out that Somaliland will be an essence of deliberations at the US Capitol Hill come June 2023, Amb. Goth stated that the new developments in terms of bilateral cooperation with the US will be in a new echelon, given that it is the first time that Somaliland appears in several causes of articles of a United States law enacted by their President.

Ambassador Bashir Goth gave the sentiments during an interview on Sunday with Sahra Idle Noor, a VOA Somali radio services reporter. He said that in the history of Somaliland since it re-asserted its independence 31 years ago, the name of Somaliland is now an essence in the United States constitution binding it (US) to have bilateral relations with (Somaliland).

He explained that the new law within the United States Fiscal Policy, orders the US Foreign Affairs, its Ministry of Defense and the United States Aid Agency (USAID) to provide regular reports to the American parliament, (Capitol Hill institutions), as regards the strengthening of the relationship between Somaliland and the United States in terms of security, diplomacy and developments.

When asked why the President of the United States signed the Defense Act, the way it entered Somaliland, he replied, “Major efforts made by our government, such as the visit of the delegation of President H.E. Musa Bihi Abdi came to the United States, and held important meetings with the legislative councils and government officials were impactful.

Amb Goth said that the feat was a great success for Somaliland and that a great step forward and achievement in her quest for international recognition.