The purpose of Qatari diplomat to Somalia’s visit to Somaliland is to see with his naked eyes the damage that the inferno which erupted at Wahen Market in the capital left behind.

The National Task Force for the rebuilding of Wahen market which consists of members of SL ministers have taken the Qatari diplomat to the site of the inferno in Hargeisa’s downtown.

The Local City is now cleaning the devastation that the inferno had left behind.

This is the first high powered Qatari diplomat has paid a visit to Somaliland since its inception in 1991.

Ambassador Hassan has said he felt sorry for the devastation that he has seen with his eyes.

The VP said that in a briefing statement to the Qatari ambassador that thousands of merchants have lost their properties in the inferno.

The Envoy handed over food aid which is expected to be benefited by 750 families.

The Food aid will be disbursed to families that have lost their properties in Wahen Market. 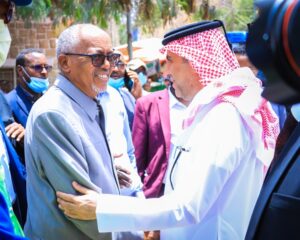 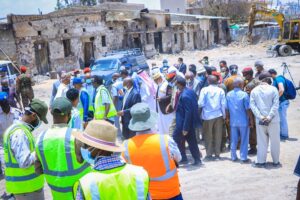 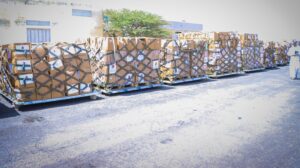 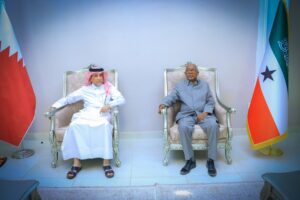