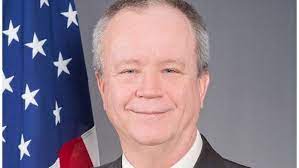 The US Senate on Saturday confirmed President Joe Biden’s nominee Larry Andre to be ambassador to Somalia, as the administration considers whether to redeploy hundreds of American troops withdrawn during Trump’s years in office.

Andre is due to replace Donald Yamamoto, who has been US ambassador to Somalia for the last three years.

A diplomat since 1990, Andre served as US ambassador to Djibouti and Mauritania before being nominated a new post in Somalia.

Somalia is now holding its parliamentary polls but is marred but widespread vote rigging in favor of current leadership led by Farmajo so as to lead the presidential vote.