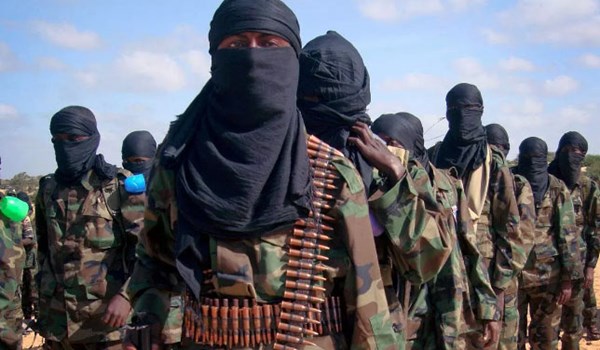 US defense officials estimate that Washington’s military campaign in Somalia could take seven years to complete, a new report revealed, days after President Donald Trump extended the Pentagon’s mission for allegedly combating terrorism in the horn of Africa nation.

“We think it’s going to take approximately seven years for the Somalis to absorb all of these forces,” an unnamed defense official familiar with the US counter-terrorism strategy in Somalia told CNN.

“If everything works out and however many miracles line up to make this happen it could go faster, and it could go slower,” the source added.

US Africa Command (AFRICOM) has been carrying out periodic airstrikes in Somalia to allegedly support the UN-backed government there, which has been making efforts over the years to uproot the al-Qaeda-linked al-Shabab terrorist group spread across the country.

The militant outfit has recently grown more powerful in central Somalia, carrying out attacks against government, military, and civilian targets in the capital, Mogadishu, as well as regional towns.

The Pentagon has about 500 to 600 personnel as part of its purported counter-terrorism mission in Somalia , according to AFRICOM.

Other officials at the US Department of Defense have also told CNN that the US mission is “likely to not be completed until 2026”.

Trump signed an executive order this week to extend a presidential declaration of a national emergency concerning Somalia for another year, denouncing the rising militancy in the African country as an “unusual and extraordinary threat” to the US.

In March 2017, Trump authorized the military to carry out precision strikes targeting al-Shabab militants. The campaign has on many occasions led to civilian casualties but American officials waited until earlier this month to confirm that they had indeed killed civilians in their air raids.

AFRICOM admitted last Friday that an internal review of the previous airstrikes had found hints at civilian casualties in April last year.

“During a commander-directed review of airstrikes conducted in Somalia since 2017, US Africa Command learned an April 1, 2018, airstrike killed two civilians,” read the statement.

Amnesty International has blasted US airstrikes as “unlawful killings”, saying they could well amount to “war crimes”.

Last month, Amnesty reported that 14 civilians had been killed in only five US airstrikes that they had examined out of a total 110 missile strikes.

Earlier this week, Somali Prime Minister Hassan Ali Khaire traveled to Washington to discuss military cooperation and a wide range of issues with US National Security Adviser John Bolton and other senior American officials, including Under Secretary for Defense David Norquist and David Hale, the Under Secretary for Political Affairs.

Besides the ongoing US military campaign in his country, Khaire said on his twitter account that “economic recovery” and “progress on security sector reform” were among other important issues discussed.

The Pentagon has stepped up airstrikes against alleged positions of al-Shabab militants in the country in the wake of Trump’s approval in 2017 of expanded military operations there.

Al-Shabab, which has long sought to topple Somalia’s Western-backed government, was forced out of Mogadishu with the help of African Union forces in 2011. Despite being ousted from large parts of the south and central Somalia, the al-Qaeda-linked militant outfit, continues deadly attacks across the country, which has been ravaged by decades of war and poverty.