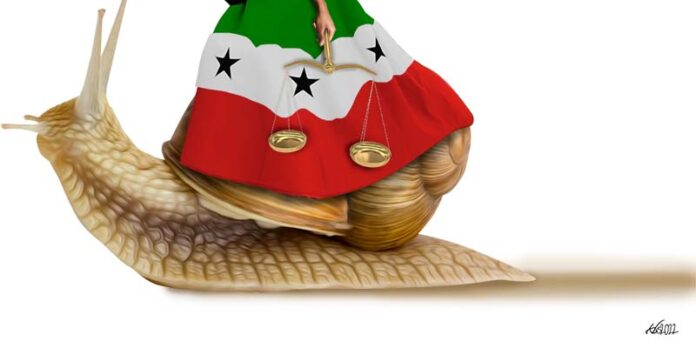 Some time in March this year, Scott Perry, a member of the US House Foreign Affairs Subcommittee submitted a proposal to the House of Representatives seeking recognition for Somaliland as an independent country.

Perry, from Pennsylvania, USA, submitted the proposal directly to congress, and the House of Representatives.

Perry’s foreign affairs committee also submitted a bill to the US Congress seeking diplomatic and security ties with Somaliland.

The move by US legislators to recognize Somaliland as an independent state followed a 10-day visit by President Muse Bihi Abdi to the United States.

But this week, The Policy Group, a lobby group in the US hired by the Somalia government announced its opposition to what they termed as an attempt to “Break up Somali.”

In their report, the Policy Group said that the secessionist regime in Somaliland offered the U.S. a strategic port/military base in Somaliland in exchange for U.S. recognition of Somaliland as an independent country.

They further went ahead and said that the Somaliland government is a secessionist regime attempting to break away from Somalia.

The Policy Group likened the self determination push by Somaliland to the Movement for the Emancipation of the Niger Delta, a secessionist movement seeking to break away from Nigeria.

What is now clear here is that the Policy Group is quite ignorant about the case of Somaliland and its quest for international recognition.

The quest for the recognition of Somaliland is nothing new to break off Somalia. Our story as Somaliland is known by the United Nations, the African Union, the United States and even the British who colonized us.

For the Policy Group to compare Somaliland push to that of other secessionist groups in Africa is misplacing facts and misleading.

Somaliland is neither seceding from Somalia as it was never a region of Somalia, nor is it trying to change the boundaries inherited at independence from the colonial powers. It is therefore not in contravention of the African Union’s Constitutive Act on maintenance of colonial boundaries. This fact has been asserted and re-affirmed by the African Union’s own fact finding Mission report. The Mission was led by Mr. Patrick Mazimhaka, who was at the time Deputy Chairman of the African Union Commission. The said report categorically stated and confirmed that Somaliland was not a case of secession and therefore needed to be treated differently.

Policy Group needs to realize that Somaliland (a former British Protectorate) got its independence on June 26, 1960 and was recognised by the United Kingdom and other Commonwealth countries while Somalia (a former Italian colony) gained independence on July 1. The two countries voluntarily united to form one united country but when Somaliland realized it was not getting its bargain from the union, it opted out in 1990 and sought to regain its independence.

Unfortunately, the international community, the United States included for reasons unknown, has refused to recognize Somaliland and has maintained the “One Somalia Policy”.

But curiously, the United States (in its relationship with Somalia) says it established diplomatic relations with Somalia in 1960, following its constituent parts’ independence from British and Italian administration, respectively.

It is therefore clear that Somaliland and Somalia were two separate countries in 1960.

As opposed to South Sudan which separated from Sudan and Eritrea from Ethiopia, Somaliland was an independent country with defined borders.

Which is why I support the proposal by Scott Perry to the House of Representatives seeking recognition for Somaliland as an independent country.

It should be noted that Somaliland is not using its Port (of Berbera) as a bait to the US to gain recognition, that is far from the truth.

There are so many reasons why it is important for the US to recognize Somaliland, one of which is to bring stability in the Horn of Africa region.

First, the recognition of Somaliland aligns with the US foreign policy. By recognizing Somaliland, it will be easy for the US and the international community to address the Somalia issue and have a lasting solution. But it remains difficult to solve the Somalia issue if they still consider Somaliland to be part of Somalia.

It is a total fallacy that the US, UN and African Union claim that recognizing Somaliland will destabilize Somalia. But if this argument is correct, why is Somalia still unstable yet Somaliland is unrecognized.

It is this lack of clear policy on how to handle the Somalia case that has given rise to China domination in the Horn of Africa region. To check this (China) domination, the US will have to rethink their position on the “One Somalia Policy.”

Further to bring stability in Somalia and in the Horn of Africa, the US must lead the way in recognizing Somaliland as an independent nation.