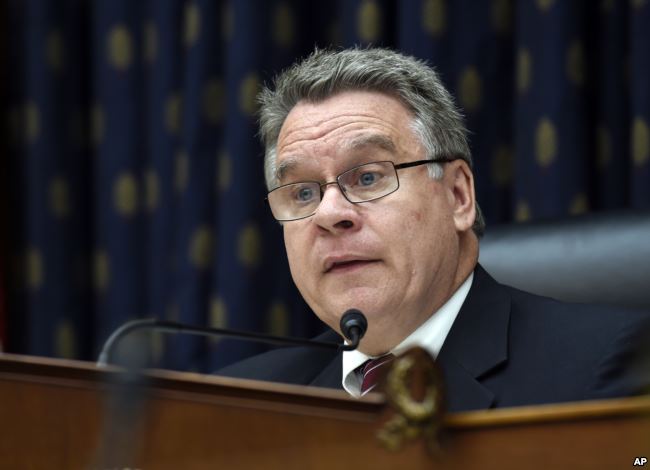 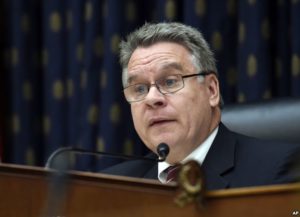 A U.S. delegation is heading to Ethiopia on Wednesday to talk about the country’s reform efforts since Prime Minister Abiy Ahmed took office in April.

Republican Congressman Christopher Smith, who led the congressional delegation, said he “is cautiously optimistic” about the political reforms in the country.

In an interview with VOA’s Horn of Africa, Smith says he will meet Prime Minister Abiy and Foreign Minister Affairs Minister Workineh Gebeyehu and push for continued reforms, as well as reinforcing human rights issues.

“We are going to meet with him [prime minister] and encourage him and try to get our own sense of how well the reform process is moving,” Smith said.

The congressman is the architect of H.R. 128, legislation condemning human rights abuses in Ethiopia and outlining a number of reforms that Ethiopia must take to promote peace and democracy. The resolution was passed in the House of Representatives earlier this year.

A wake of reforms

Since Abiy took office in April, Ethiopia has instituted reforms including releasing political prisoners, diluting state control of the economy, and making peace with northern neighbor Eritrea after two decades of hostility.

A 41-year-old former intelligence officer, Abiy came to power after his predecessor resigned earlier this year amid protests of abuses by security forces and public anger over perceived ethnic marginalization of many groups in the racially diverse country.

Smith said the delegation plans to press for “the release of all political prisoners, freedom of the press, the history of forced disappearances, accountability for past abuses committed against civilians, and an end to torture and all human rights abuses.”

These reforms, the congressman said, will only strengthen the country, “and we stand in solidarity with the Ethiopian people in pushing to promote these rights.”

Besides top officials, the U.S. delegation will also meet with religious and civic leaders, and journalists. Their talks are to focus on human rights and democracy in Ethiopia.

Smith confirmed to VOA’s Horn of Africa service that the government of Ethiopia has begun amending the Anti-Terrorism Proclamation with input from opposition parties.

Critics of the law argue it has criminalized dissent, saying the 2009 law’s broad definitions have been used indiscriminately against anyone who opposes government policy. Among its provisions, anyone convicted of publishing information deemed to encourage terrorism could receive a jail term of up to 20 years.

The delegation also will discuss border issues between Somali and Oromia states, where thousands are displaced and hundreds have been killed.

The violence is said to be the biggest domestic challenge facing the country’s reformist prime minister. When he took office, Abiy ended a military stalemate with neighboring Eritrea and extended an olive branch to dissidents overseas. However, violence at the border continues.