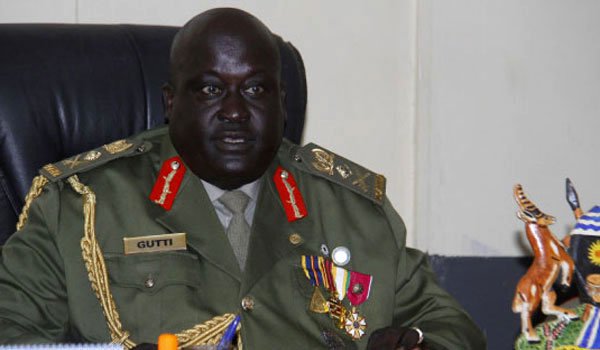 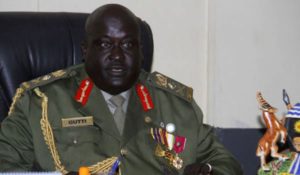 The UPDF General Court Martial is in Somalia to try soldiers over cases the army has not disclosed.
On Monday, the former Inspector General of Police, Gen Kale Kayihura, was supposed to appear in court but the sitting was postponed because court members were in Somalia to handle other cases.
It is not clear what prompted the military court to go to Somalia because field cases are normally handled by the Unit Disciplinary Committee or Division Court Martial.

AMISOM, armies meet
Last month, the same court moved to the Fourth Division headquarters and sentenced L/Cpl Geoffrey Odaga to 40 years in jail after killing three people following a fight in a bar.
Meanwhile, the African Union Mission in Somalia (Amisom) and representatives of the armies across the globe met in Somalia to devise means of reducing al-Shabaab attacks using Improvised Explosive Devices.
“This is a threat that is being effectively utilised by the enemy. And so we must go after it and defeat it,” Amisom’s deputy head of mission, Mr Simon Mulongo, was quoted in a statement on Wednesday.

The meeting convened by the British army, was attended by representatives from the United Nations Support Office in Somalia, the United Nations Mine Action Service, the United States Army, the Turkish Army, the European Union Training Mission in Somalia, and military officers from Amisom.
The Al-Shabaab has been using roadside bombs or cars loaded with explosives to attack civilians and African Union troops that were in Somalia in 2007 to support the beleaguered government of Somalia.