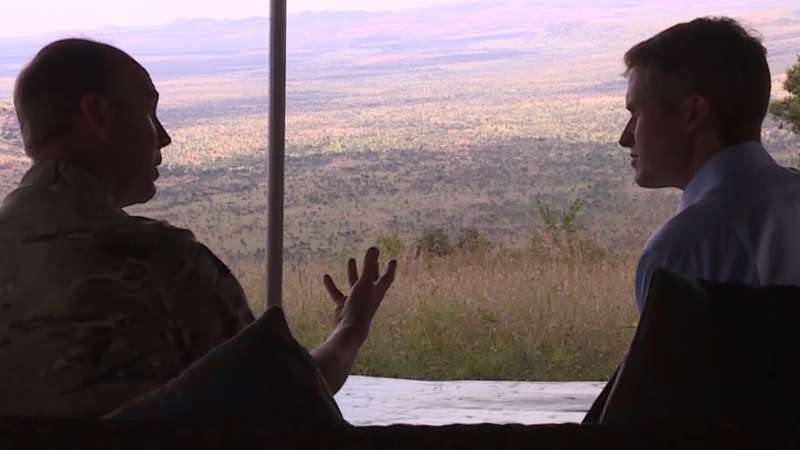 Gavin Williamson will go on to visit Somalia and Ethiopia after his time in Kenya. 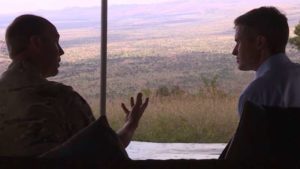 The Defence Secretary has paid a visit to Africa – his first time on the continent.

Gavin Williamson landed in Nairobi, Kenya with a packed schedule.

His first stop, the British Peace Support Team in Karen on the outskirts of the city.

It is this training, and the difficulties women face in conflict, that the Defence Secretary has as a priority.

Britain funds around 30% of the training courses that run at the International Peace Support Training Centre, ranging from IED disposal, to promoting females in peacekeeping roles.

The British military has deployments across eleven African countries, working on a range of missions from anti-terror to tackling the illegal wildlife trade.

Mr Williamson then flew north to Nanyuki, where the British Army has trained around six times a year for the last ten years.

The battlegroup exercises take place across a 79,000 hectare ranch, however there have been concerns that the contract with its owners would not be renewed.

After a meeting with Kenya’s Defence Minister, Gavin Williamson confirmed to land managers that licences were being renewed.

This was a flying visit for Gavin Williamson, though his African adventure continues beyond Kenya to Somalia and Ethiopia.

Building and maintaining relationships has been the focus for the Defence Secretary on this trip.

As well as exploring areas of Kenya that British troops live and work in, he met with his Kenyan counterpart to secure licencing agreements for battlegroup exercises to continue in the country.

Thousands of personnel and their families have made their lives in east Africa promoting peace.

The Defence Secretary made no secret of the fact he wants British influence in this area to spread further across the continent.