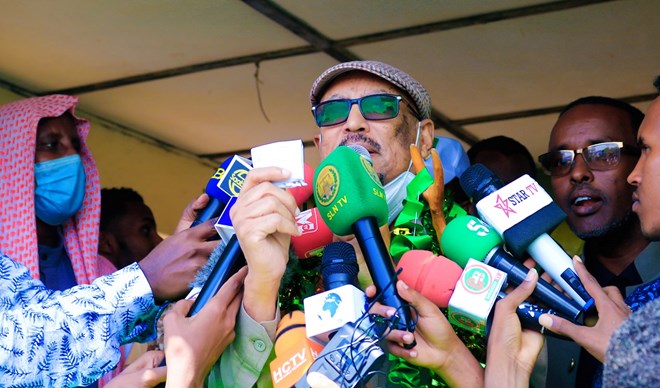 Justice & Welfare party (UCID), Chairman, Eng. Faisal Ali Warabe in an address to UCID party supporters during a rally held at Hargeisa freedom park on Wednesday, has opposed the continuation of the stalled Somaliland-Somalia Talks.

The Chairman said that he promised to introduce a bill against SL-Somalia dialogue if UCID party secures the majority seats in the upcoming elections of the House of National Assembly.

Faisal said: ” We believe the talks put to an end. It was the wrong blunder we made as a state. Somalia benefited from the talks and we are the losers. Somalia failed to implement all agreements we reached with former presidents including Sheikh Sharif and Hassan Sheikh Mohmud. When our party MP’s are elected, we will table a motion against the talks.”

During the speech at the rally, Faisal reiterated that his party will make a top priority when it comes to the amendment of Somaliland constitution.

He conveyed a message to the supporters to vote for his candidates in order that to happen.