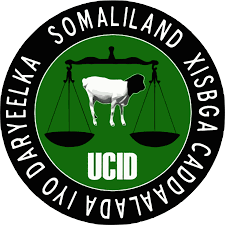 Honorable Faisal Ali Warabe, the chairman of SL’s Justice and Welfare Party (UCID) has appointed the new deputy secretary general less that 24 hrs. after he relieved all his duties from his long time friend in politics, Abdinasir Qodah from office on Sunday.

The party leader appointed Mohmed Khadar Dahir, who is novice to Somaliland political arena as the new deputy general secretary for the party.

The leader made the choice after Abdinasir Qodah was seen on TV screens hammering a deal with SL’s ruling party over the choice of the speakership of the house of reps as this seems to contradict with the part’s bylaws.

Abdinasir Qodah said the decision of the chairman is against the bylaws of the party and as an elected MP, he has the prerogative right to choose his favorite candidate for the speakership post.