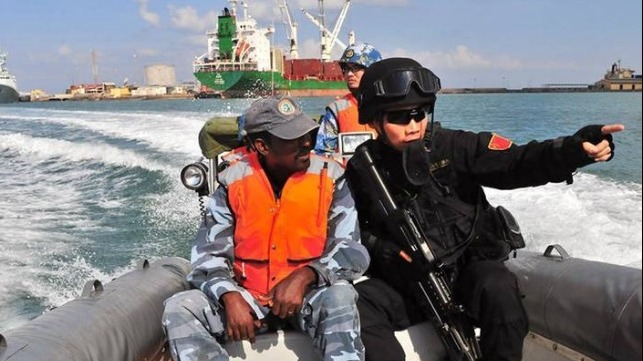 Seven foreign nations maintain a military presence in the small nation of Djibouti, which is located adjacent to the strategic Strait of Bab el-Mandeb. Five have permanent military bases, including France, Japan, Italy, the United States and – most recently – China. The Chinese government has constructed a well-fortified naval station at the port of Doraleh, just six miles from the largest American base in Africa, Camp Lemonnier. Last week, a high-ranking American officer accused China’s military forces of “irresponsible actions” at the new PLA Navy station, including interference with American drones and aircraft.

For its part, the PLA has complained that American forces are trying to spy on their base by flying over with drones and helicopters, Djibouti port authority chairman Aboubaker Omar Hadi told the Globe and Mail.

China has a powerful economic presence in Djibouti: it operates two terminals at the port, and it is said to be assuming control of another, Doraleh Container Terminal, which Djibouti seized from operator DP World in February 2018. In addition, Adm. Berg estimated that China holds nearly 90 percent of the small country’s debt, giving it considerable political leverage.

“[China has] upped their game, in plain language, and ultimately they are offering things that our partners want, that our partners need,” an AFRICOM official recently told CNN. “In places, we have concerns we are being out-competed.”
ME 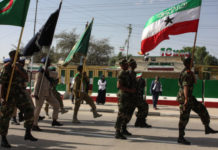