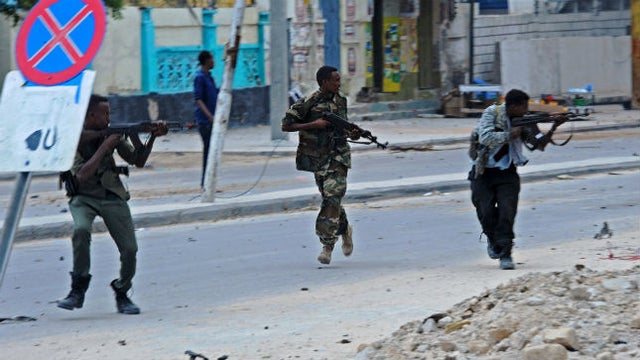 The press release Tuesday from the Defense Department reported that no civilian casualties were thought to have occurred.

“In coordination with the Federal Government of Somalia, U.S Africa Command conducted an airstrike on Al-Shabaab insurgents after they attacked a Somali patrol northwest of Kismayo, Lower Juba Province, Somalia on Sept. 17,” the statement read.

The U.S. for years has been engaged in airstrikes and other missions to support the Somali government against al-Shabaab insurgents aligned with ISIS, and Tuesday’s strike indicated that insurgent forces maintain the capacity to strike at Somali targets near the border with Kenya.

An airstrike conducted by the U.S. north of Somalia’s capital of Mogadishu in March killed dozens of insurgents. At the time, Africa Command’s deputy director of intelligence said such operations were crucial to “maintain pressure on al-Shabaab and disrupt its planning cycle and degrade its ability to mass forces and coordinate attacks against the Somali people.”

The Trump administration has conducted more than two dozen airstrikes in Somalia just this year, after conducting almost 50 last year.