HARGEISA– The Turkish government has appointed new envoy on Somalia and Somaliland talks which stopped for quite a while.

Somali ambassador to Turkey, Hon. Jama A. Mohamed has congratulated on Dr. Olgan Beker for his new role.

Mr. Jama has said that the gov’t of Somalia will facilitate for his new duties.

The Somaliland authority has not so far commented on the appointment of the Turkish envoy on the talks between Somalia and Somaliland.

Somaliland suspended any talks with Somalia after it accused of meddling its internal affairs.

The two leaders of Somalia and Somaliland were supposed to hold their first face to face meeting in Djibouti after Somaliland unexpectedly withdrew from the talks. 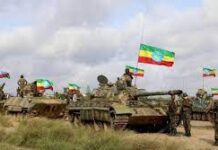 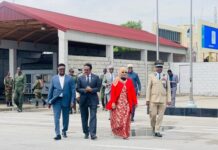