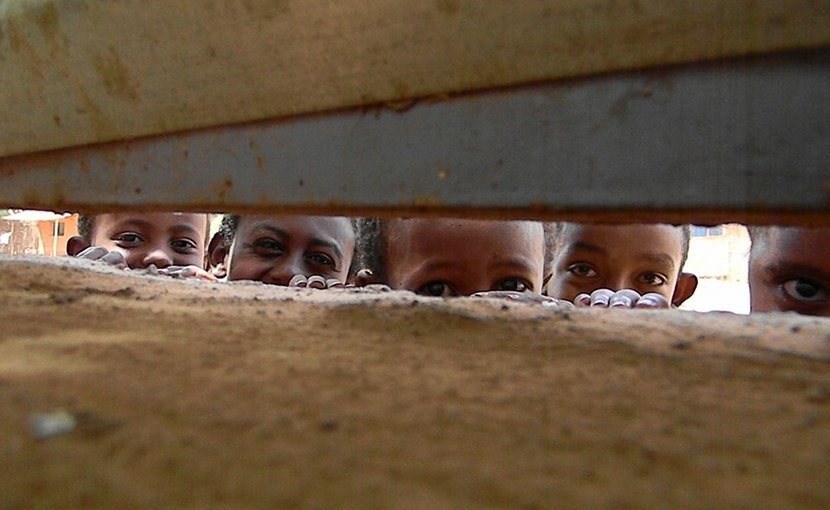 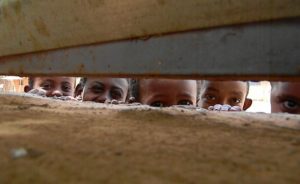 The political transformation in the Horn of Africa arguably marks the most counterintuitive development in the first quarter of the 21st century. Ethiopia steers away from implosion and, for the first time in its history, appoints an Oromo Prime Minister with an Islamic name and heritage and ends the 20-year long conflict between Ethiopia and Eritrea. Nonetheless, Abiy Ahmed, the charismatic new Prime Minster from the intelligence sector, is yet to find a firm footing and harmony within the deeply rooted and ethnically-dominated domestic political apparatus. The sporadic ethnic-targeting violence raging in the Oromo and the oil rich Somali region is an ominous preview.

This enormous strategic achievement and the peace and economic development potential that it inspires cannot be minimized. Likewise the value of human dividends, psychological and emotional liberation resulting from Ethiopia-Eritrea peace agreement that reconnected families and old friends cannot be underestimated. By the same token, from the strategic or policy perspective, it is too naïve to not question what is the real impetus driving this and subsequent dramatic changes and what might be the implications for each country and the region.

So far, all we got is a bellyful of soundbites seasoned with euphoric cheers but very little context to make sense of what exactly is happening, who and what is the driving force, and why with such unprecedented haste or such velocity in establishing major facts on the ground. If one must drive on the fast-lane, it is critical to keep hands on the wheel and eyes on the road.

Naturally, in politics there is no such thing as random acts of transformation; especially between two sworn enemies and most certainly in geopolitics. The strategic rivalries between U.S. and China on the one hand and Saudi/UAE and Turkey/Qatar on the other hand have been raising tensions if not fueling various conflicts.

So prudence dictates that a leap of faith under these circumstances might not be the best option.

The U.S. is being squeezed out of Djibouti by its geological rival China and the Trump administration is yet to unveil a coherent policy towards the Horn. Meanwhile, China builds its first overseas base to project its ever-growing military power. China is already well established on trade and development front in across Africa. The infrastructure and the political support system for its new Silk Road are already established or in progress. Despite owning nearly 800 military bases in more than 70 countries, the Chinese expansion in the region and indeed Africa is giving the U.S. what I would call a strategic vertigo.

AFRICOM still remains the floating State Department in charge of guarding U.S. interests in the region with the same old guards- Ethiopia handling the political bidding and Erik Prince (Blackwater) and companies via UAE’s DP World handling all matters intended to evade scrutiny and accountability. This may offer some perspective as to how a tiny Gulf nation became the key element through which the geopolitical landscape of the Arabian Peninsula and the Horn of Africa is redesigned.

Despite the successful international business narrative it projects, clouds of suspicion still hover over dubious multifaceted maritime enterprise. The significant ‘intelligence and security risks’ associated with the company and its Erik Prince and private military partners was one of the main reasons why in 2006 the U.S. congress rejected a DP World deal to manage six U.S. ports, its support of neocon heavyweights and Vice President Dick Cheney notwithstanding.

In addition to the $700 billion trade between Europe and Asia that passes each year through Bab al-Mandab, the European Union is adamant about constricting the out of Africa migration trend by promoting and investing in what it calls regional integration to improve trade, security and good governance. Ethiopia is to be the anchoring state and IGAD is to remain the institutional shepherd with international backing. The Horn model could then be extended to the entire continent. There is only one little caveat: no Turkey, no Qatar, and certainly, no China.

Ever since the eruption of the Gulf Cooperation Council feud that led to Qatar blockade more than a year ago and the subsequent, neither politics nor security has been the same in the Horn of Africa, especially Somalia where the competing geopolitical interests of United Arab Emirates and Saudi Arabia on the one hand and Qatar and Turkey on the other intersect. Though there are other zero-sum competitions at play in Somalia, none have poured more cash for the disjointing politics locally known as siyaasadda kala fur-furka than the Gulf monarchs.

General Anwar Eshki is the Chairman of the Middle East Center for Strategic and Legal Studies and a close advisor to Crown Prince Mohammed Bin Salman. He is the architect of the Saudi strategic duplicity that led to the bloody Yemen war, normalization of relationship with Israel while systematic genocide of Palestinians is in full force, and the policy to facilitate Ethiopia’s annexation of Somalia.

In a speech he delivered at the Council on Foreign Relations, the General recently argued, “Unifying the Horn of Africa under the leadership of Ethiopia” and connecting the Horn to the Arab peninsula by Al-Nour Bridge “connecting the al-Nour town of Djibouti and al-Nour town of Yemen.” The General made it clear to his audience that he spoke English but was advised, contrary to his preference, to deliver his speech in Arabic and to read it to his audience. Was the general reading the first draft of Saudi Arabia’s strategic policy toward the region or flashing reassurances to other partners?

In mid-June Shaikh Mohammed Bin Zayed’s visited Ethiopia the Abu Dhabi Fund for Development deposits $3.7 billion in the National Bank of Ethiopia- an amount equal to Turkey’s investment in Ethiopia. The day after, Ethiopia’s Prime Minister flew into Mogadishu. In a matter of about three hours and without leaving the airport compound, the PM signed an agreement with the Somali President Mohamed Abdullahi Farmajo securing Ethiopia and her behind the current client a historic consignment- four of Somalia’s most strategic Red Sea and Indian Ocean ports. And where cash is king, it wasn’t too difficult for UAE to acquire a number of ports in Somalia, Eritrea and Sudan.

In the following month, the new Prime Minister visited Asmara to meet with President Isaias Afwerki of Eritrea. On that very same day the two sworn enemies signed a peace agreement to at immediately restored diplomatic relations, resume flight services and allow Ethiopia to use Eritrea’s port facilities soon.

Within weeks, the Somali President lands in Asmara to meet with President Isaias and restore diplomatic relationship with Eritrea. All of a sudden that ‘pariah state’ or ‘Africa’s North Korea’ became the hottest destination. The rest of the IGAD member states are in line to pay their homage, interestingly while Eritrea is officially under sanctions. Interestingly, in what seemed as haphazard and an orchestrated political cover for Ethiopia—the country that spearheaded the sanctions on Eritrea with tons of disinformation—President Farmajo called upon the UN Security Council to lift the sanctions. And this not only made Djibouti “deeply shocked”, it triggered a domestic backlash against a president with slipping popularity and a government that is by and large considered a political apparatus to advance various international projects.

Is De-Turkification of Somalia Possible?

Ever since the Arab Spring, UAE and Saudi Arabia have aggressively pursued a strategic objective aimed to stifle any and all Muslim Brotherhood influence due to the latter’s social and political capital at the Muslim street that emanate from grassroots social services. Gulf monarchs consider that group and Turkey’s political ascendance and influence on the Islamic and Middle Eastern affairs as the most serious threat to their life-long rule.

So as soon as Turkey launched a massive humanitarian and development campaign in 2011 and began to form a strategic partnership with Somalia, UAE came to the scene for what many consider as an effort to torpedo Turkey’s gained stature in Somalia. UAE established the second largest embassy after Turkey’s in Mogadishu. It opened Sheikh Zayed Hospital to compete with the Erdogan Hospital. When Turkey started to provide scholarships to train military officials, UAE was already bankrolling various mercenary groups engaged in various clandestine operations, and trained a controversial Somali military contingent which it recently disbanded and left the weapons cache looted.

Turkey, while in alliance with Qatar, is entirely on a different scale. Though in a controversial campaign to settle a domestic political matter, Turkey exploited its close relationship with the Somali government to eradicate any and all institutions and individuals affiliated with the Gulen movement, Turkey still embodies the gold standard of bi-lateral nation-building and development. With its tangible achievements and noninterference policy on Somalia’s domestic politics, the Turkish model has exposed the international aid system as corrupt and politically toxic. Though initially Qatar had a controversial start that mimicked UAE’s, it finally settled to emulate the Turkish model and fund building roads and other essential infrastructures.

Despite all these changes, Ethiopia still has “too many conflicting interests that may compromise vital U.S. interests.” in favor of China which Ethiopia is economically intertwined with. Could Abiy Ahmed be the man to bypass China and Turkey which also has billions of dollars investment in Ethiopia? Any indication that he is there to ‘undo what is working for what could work’ might turn the old establishment against him and set a domino effect of regression in the region. If that is not enough to cause concern, Somalia, Djibouti and to a certain degree Eritrea each has its conflict of interest.

To level the playing field and guard against parasitical geopolitics, Somalia should demand the total withdrawal of the Ethiopian and Kenyan troops that are part of AMISOM as well as those who are illegally in various regions in the Somali territory. And that UNSOM, the camouflaged guardian of Soma Oil and Gasinterests, to close shop.

Eritrea on its part should demand an alternative to IGAD- a freshly negotiated regional institution that grants equal voice to each member to be headquartered outside Ethiopia.

The Horn of Africa is an emerging market with great economic potential. But to turn that potentiality into economic success and sustainable stability, the region’s political, business, intellectual and social leadership’s aspirations must in harmony. And no foreign power or coalition of interests could secure that.

Therefore, the people of the Horn should not remain hostage to their historical enmities or to the myopic visions and corrupt ambitions of their political leaders. It is time to think big, but not recklessly. Each country must first address its domestic challenges and reconcile with itself.

Each country must come into the so-called regional integration deal sovereign and sober.