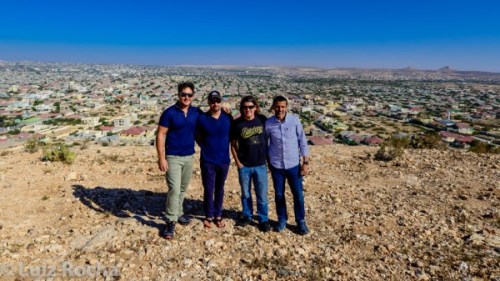 Where in the world is Somaliland, and is it really all that dangerous? 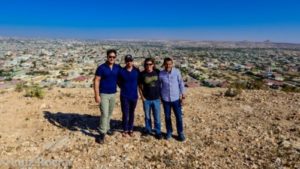 Warlords, pirates, and Islamic extremists. These are some of the shocking images evoked by the mere mention of our research destination, Somaliland . It is therefore not surprising that new discoveries await us in a land that few want to visit. We soon learn during our mission to catalog reef fish biodiversity in a region brutalized by 20 years of civil war, that there is an untold story here.

Somaliland is a paradox. This former British Protectorate is a country in name, inclusive of its own elected government, police force, military, and higher education institutions, but as a self-declared state in north-western Somalia it is not yet recognized by the international community. As such this autonomous region does not receive the same level of attention and foreign aid that favor its immediate neighbors; Djibouti to the northwest and Ethiopia to the south and west. Somaliland also has the dubious distinction of being considered part of the failed state of Somalia by governments worldwide; it is therefore linked to a de facto base of operations for pirates, a country subject to daily violence, particularly in the capital city of Mogadishu, and recent uncertainty from Al-Shabaab insurgency in the southern state of Jubaland. It is not, however, the high level of risk that brings us here. It is instead the unknown promise of the regions’ coral reefs, situated in a politically strategic and biologically rich location within the Gulf of Aden. Our previous work in the Red Sea and Arabian Sea has focused on identifying what generates and maintains reef fish biodiversity, processes that are instrumental when considering the resilience and uniqueness of any ecosystem, and currently the Somaliland-Somalia coast represents a scientific ‘black box’.

After a short flight from Dubai we arrive in Hargeisa, Somaliland’s capital city of nearly 800,000 people. Security is tight and several armed men flank the runway to examine the arriving passengers. In a moment of confusion we are directed towards an empty business lounge outfitted with plush leather recliners. Our local facilitator, Khalid Osman, greets us here, flashing an affable smile and assuring us that all is in order. He unburdens us of our passports, which promptly disappear into a room behind two-way mirrors where we feel the scrutiny of unseen eyes. A few minutes later, and much to our relief, our freshly stamped documents emerge and we are on our way to discuss logistics at the Ambassador Hotel.

Our marine research team is small but represents institutions from disparate corners of the globe. I am chief scientist on this trip ( Dr. Joseph DiBattista – Curtin University, Australia), and with me are three collaborators: Dr. Luiz Rocha from the California Academy of Sciences, Dr. Jean-Paul Hobbs from Curtin University, and field research specialist, nature photographer and Explorer’s Club Fellow Tane Sinclair-Taylor . As we wait for our dive gear and scientific equipment to arrive, Khalid explains that the tourism industry in Somaliland is growing, but not fast enough. Indeed, a long standing ‘do not travel’ rating on almost all government websites precludes any kind of dependable influx of holidaymakers and makes us anxious about the journey ahead. We probe further about other groups hosted by Khalid’s parent company, Somaliland Tours, and are surprised to learn that he recently arranged a trip for 12 elderly Germans, and is preparing for the arrival of 22 Taiwanese tourists.