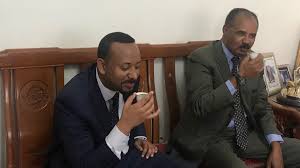 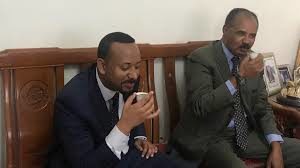 From his historic overture to Eritrea to his unprecedented opening of the Ethiopian economy, Prime Minister Abiy Ahmed of Ethiopia has branded himself as a reformer since assuming office in April. In response, international actors and Ethiopians in the diaspora have enthusiastically lauded Abiy’s novel policies. Human rights activists have also cautiously sung his praises, giving him credit for his release of thousands of political prisoners, his loosening grip on online censorship, and his denunciation of Ethiopia’s use of torture and misuse of counterterrorism legislation to maintain power.Yet, in spite of these promising developments, Abiy’s speeches continue to focus on the need for reconciliation and forgiveness, with no mention of his own commitment to ensure accountability and redress for the victims of Ethiopia’s most serious human rights violations.

For the past several years, organizations like the Center for Justice & Accountability(CJA) and The Advocates for Human Rights have been investigating the most severe human rights abuses committed by state actors in Ethiopia, primarily in the Somali Regional State (sometimes referred to as the Ogaden). Since 2007, the Somali Regional State has been the focus of widespread criticism for human rights abuses committed by security forces, particularly the military and the special paramilitary unit known as the Liyu police, under the command of Regional President Ahmed Abdi Omar (a.k.a. Abdi Iley). Security forces used scorched earth tactics to suppress opposition groups labeled as terrorist organizations—such as the Ogaden National Liberation Front, the Oromo Liberation Front, and Ginbot 7—resulting in the displacement of thousands of civiliansfrom the region, widespread burning and destruction of villages, and extrajudicial killings. A recent report from Human Rights Watch documents the detainment and torture of thousands of prisoners at the notorious Jail Ogaden in Jijiga, the regional capital. According to the report, which covers the period between 2011 and 2018, abuses at the jail include sexual violence, long-term arbitrary detention, severe beatings and humiliation, deprivation of medical care, and other gross human rights violations. The Human Rights Council – Ethiopia and Amnesty International have also lambasted the Somali Regional Liyu Police and local militia for forcibly displacing hundreds of thousands of Oromo farmers from villages bordering the Somali Region, responding to protests by expelling thousands of residents of Oromo descent from their homes in Somali Regional State, and engaging in extrajudicial killings, rape, and disappearances. Such abuses have led to human rights groups like Amnesty International calling for the government of Ethiopia to disband the Liyu police. Despite these well-documented abuses, Abiy’s government has remained silent on plans for investigating and holding perpetrators of these abuses accountable.

In the meantime, the crisis in the Somali Regional State has escalated over the past few days following rumors of the federal government’s push to oust Abdi Iley from power in the region, and Iley’s purported threats to invoke Article 39 of the Ethiopian constitution (on self-determination and secession from the federal government). Federal forces clashed with the regional Liyu police after the federal government sent in the national army to occupy several government buildings in Jigjiga to restore order and maintain peace. Twenty-nine people were reportedly killed in the region’s capital during clashes on Saturday, triggering a wave of refugees fleeing to neighboring Somaliland. On August 6, senior officials reported that Iley resigned as regional president and handed power to the regional finance minister, Ahmed Abdi Mohamed. Iley’s officials claim is that the decision to resign was made in the interest of the public and that the change in leadership was done peacefully. Newspapers reported on August 7th that Iley was arrested by the federal army and remains in custody.  Many in the community now fear Iley will negotiate an amnesty in exchange for a peaceful transition of power and will not be held to account for allegations of human rights abuses spanning over a decade.

For the victims in the region, and those in the diaspora around the globe, a stable Ethiopia is impossible when perpetrators of war crimes and crimes against humanity roam free in Ethiopia and, in some cases, target activists and political dissidents in the diaspora, including in Australia, the United Kingdom, and the United States. Even as the Prime Minister reached out to diaspora communities through his travels last week in Washington, D.C., California, and Minnesota, victims demanded fewer aureate invitations to return to and invest in Ethiopia and more concrete measures to hold their abusers accountable.

The real need for human rights accountability in Ethiopia was recognized by the U.S. House of Representatives, which, earlier this year, passed Resolution 128, which calls for accountability measures to be taken in Ethiopia. But the Trump administration missed a valuable opportunity to reinforce this position during Abiy’s visit last week, and instead, Vice President Mike Pence’s recent tweet about Abiy’s reform efforts simply ignores the fact that Abiy’s government has yet to take any steps towards accountability for torture and other international crimes in Ethiopia. While Pence may have been wary of antagonizing a key military and intelligence ally in counterterrorism efforts in the Horn of Africa, this approach is short-sighted. In order for Ethiopia to continue being a strong partner in the fight against extremism in the region, the country must provide its citizens with stability, a political virtue only possible when a population feels that there are consequences when state actors arbitrarily target and abuse it.

That Ethiopia should hold perpetrators accountable is, however, not just politically sensible; it is legally compulsory. As a party to the International Covenant on Civil and Political Rights, Ethiopia has a legal obligation to investigate allegations of violations of the Covenant, such as the reports of arbitrary or extrajudicial executions in Somali Regional State. As a party to the Convention against Torture and the African Charter on Human and Peoples’ Rights, Ethiopia also has a duty to investigate and provide redress for the torture and cruel, inhuman or degrading punishment that its agents have inflicted upon thousands of Ethiopians. Moreover, Ethiopia has incorporated the treaties’ prohibitions into its domestic legal code, recognizing that the federal government must investigate such human rights abuses even when they are happening at the hands of regional state authorities. Yet, despite these clear legal obligations, Abiy has thus far been silent on what steps his government will take towards accountability.

If Abiy is to continue propelling Ethiopia towards compliance with international standards and be the great reformer he and his supporters envision, it is imperative that his government end impunity for egregious human rights abuses. To truly earn his reputation as a reformer, he must finally begin investigating, prosecuting, and ending the serious human rights abuses being committed in Ethiopia’s prisons and by its security forces.