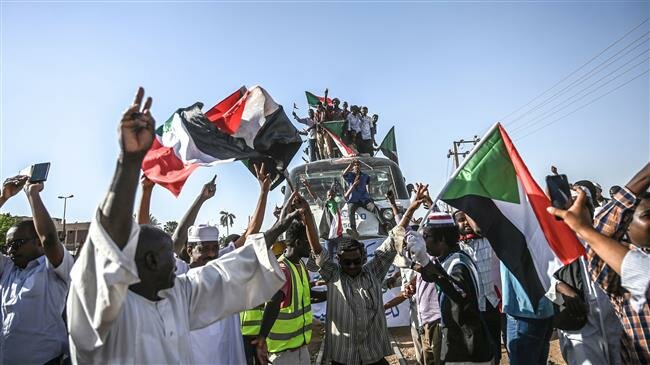 Opposition has repeatedly called for their dismissal, saying they represent the old regime

The opposition has repeatedly called for their dismissal, describing them as representing the old regime of ousted President Omar al-Bashir in the new government.

The MTC and the Forces of the Declaration of Freedom and Change, the umbrella organization of the opposition, have agreed to form a joint committee to discuss how to hand over power to a civilian authority.

At a press conference in Khartoum, MTC spokesman Shams al-Din Kabashi said the two sides have agreed on several issues while admitting there are areas of disagreement that would be discussed at a meeting of the joint committee.

Ahmed al-Rabia, spokesman for the Forces of the Declaration of Freedom and Change, told the press conference that the meeting between the MTC and his organization was constructive and the disputes would be addressed by the joint committee.