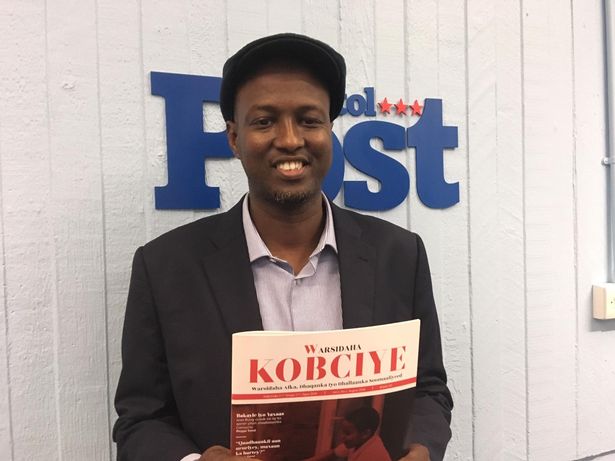 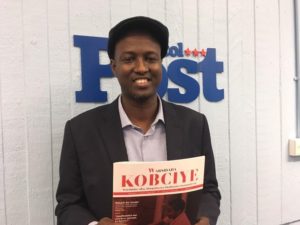 Three Bristol Somali men have launched a new magazine in Bristol dedicated to fostering understanding between the city’s Somali community and other communities in the city.

The bilingual quarterly mag has articles written in Somali and translated into English, with the hope English speakers and Somali families with Somali speaking parents and English speaking children can enjoy it together.

It is called KOBCIYE, meaning ‘to increase knowledge’ and is aimed particularly at the generation of parents and grandparents who were born in the East African country and later moved to the UK.

“It is about bridging the gap,” said Editor-in-Chief Khaalid Ahmed.

“We want to share the best of our culture and community with the rest of Bristol, that way we can better learn from each other.”

Working to produce the magazine with him are Said Hussein, a well-known author who wrote the first Somali language book about autism after his son was born with the disability.

Completing the trio is Khalil Abdi, who is chair of the Bristol Horn Youth Concern and works with young people from deprived areas around Bristol.

The mag will include a lot of useful and interesting information for Somali parents and families, some of which will encourage further integration with Bristol.

Within the first edition published on August 1, 2018 there are articles ranging from an explanation of the British curriculum and how it works in stages from nursery to university.

There is even a section on the Bristol Suspension Bridge which explains the structures’ significance and history, something some parents may not be aware of because it is mainly written about in English

“There is nothing bilingual like this out there, and so for the first time in some cases, families can sit down and enjoy reading something together that both the parents and children can read and understand.

“It will help parents in Somali communities make their families aware of their culture and their language but it will also help them learn a bit about Bristol and how things work here,” he said.

Because of this, there will also be a focus on promoting Somali culture and language so children within the community can benefit from learning about their heritage.

Every edition will have a page dedicated to the Somali alphabet and and easy guide on how to learn it, with there also be recommendations for children’s books and informative books for adults written in the language.

This is a key aim for the magazine’s creators who have seen a disconnect between generations of Somali families.

In the main, it will discuss many different aspects of life, and they are very keen to encourage young people to contribute to the magazine.

One story in the mag is written by a 11-year-old girl called Osob who was born in Bristol and has recently fundraised £500 to help people facing a devastating in Somaliland.

While another page features a famous Somali song about mothers and their importance within their culture. It has been translated into English by a scholar so everyone can take note of the message it has.

At the moment, the men are producing the magazine themselves without any sponsors, and despite this they want to continue distributing it free and further afield to other cities in country.

Khalil, of Bristol Horn Youth Concern, said: “We want to encourage young people to get involve and write articles for the magazine about what they are doing and their experiences.

“It is all about education and showing them they can do more, we want to reach out to them.

“But, we also want businesses or people who are passionate about certain parts or areas of the city to get in touch because we want to promote the city and why it is so great,” he added.

The magazine held a launch event at the Future Inn on Saturday, August 1, which the three men said was a success.

“After the launch, some people were asking if we could make it monthly, but we are not sure yet. We want to get it online first as well so people can access it there,” said Khaalid.

A census taken in 2011 showed almost 5,000 people identified as Somalian in Bristol, but since then, the community is likely to have grown.

KOBCIYE is meant to inform those in the Somali community about their own culture and communities as well as the wider British community they live in and navigate every day. It too, is for those who are open to learning about the Somali culture and to “bridging the gap”.