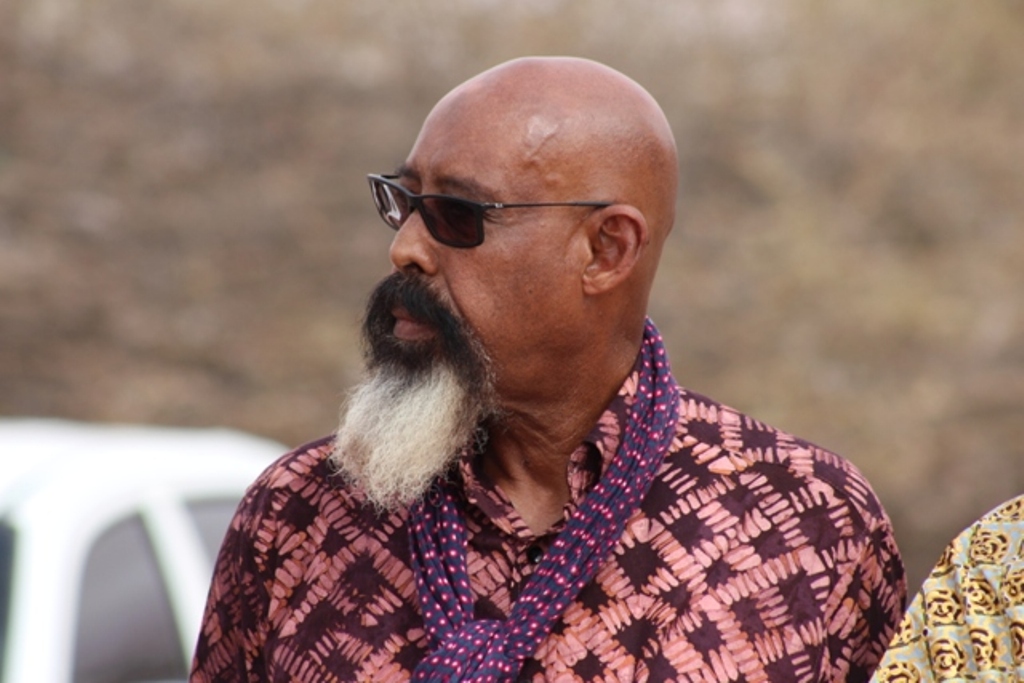 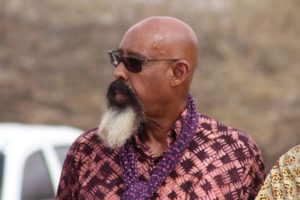 Throughout the 1980s a scorched earth policy was effectively in place in the whole of the Northern regions (Somaliland).

One of the decisive factors that increased the tension and dissidence in the North and which accelerated the formation of an all-war open opposition, i.e the SNM, was the extreme and mounting political instability and government pressure on the local population coupled with the implementation of treacherous policies of obliteration of large sections of the population (in the North).

Meanwhile, as the SNM finally became a real threat to the government troops, in retaliation (as ill-mannered responses to SNM’s activities) the government waged campaigns and a full-scale war against its citizens, the entire civilian population in the North. Civil liberties and human rights were eroded and abused. Policies and campaigns of eradication of the population in masses became the order of the day. Destruction of human settlements, towns, and villages was common and part and parcel of the government’s integral policy. That was sadly detailed by a secret letter which became popularly known as the ‘letter of death’ which was written by General Mohamed Said Hirsi ‘Morgan’, president’s son-in-law, the Commander the 26th sector of the national army stationed at Hargeisa. The letter was sent as a confidential document. It was a blueprint for social engineering and a deliberate ethnic cleansing report, so to speak, to the president of the country, Said Barre. The letter was compellingly undisputable evidence and a prime example of the devious policies of the government against innocent civilians. It carried vengeance, hatred and animosity showed by the Generals towards the people of the North. The ‘letter of death’ and its detailed contents are dealt with below.

In the 1980s the government encouraged, organized and armed tribal militias of clans in alliance with the government to unashamedly ignite clan feuds and reanimate past differences just to keep the fire blowing merely for the survival of the regime and for Barre to buy more time to stay on the saddle of the power. Nevertheless, such activities eventually backfired and did not pay dividends. In fact, they turned out to be a blessing in disguise for local people in producing regrettable results for the regime. Some clans actually read Barre’s mental map and exactly understood his hidden tricks while others didn’t. However, by the late 1980s, political analysts began to relate Barre’s fate comparable to what happened before elsewhere by contemporary dictators like Idi Amin of Uganda, the Marcos of the Philippines and Baby Doc Duvalier of Haiti.

With the increase of security-related incidents in the North, public demonstrations in particular by the students at high schools were rather a common denominator and a major activity particularly in Hargeisa, the capital of the North. Dusk-to-dawn curfews were drawn in Hargeisa and main towns (Buroa, Berbera, Gabiley, and others). At the same time, General Mohamed Said Morgan ordered the army commanders to proceed to the destruction of large swathes of rural settlements merely in an attempt to deprive SNM support. In rural areas, wells and boreholes were sealed, poisoned and destroyed. Crops in farms in agricultural areas were burnt and not spared and burnt to eliminate peasant farmers and settlements suspected of supporting the SNM opposition organization.

The Letter of ‘Death’

It was in 1986 when the president appointed General Mohamed Said Hersi (Morgan) was appointed as the military ruler in the North. He was appointed to succeed his predecessor, General Mohamed Hashi Gani, who was a cousin of the president and the top commander of the north as he was unable to crush the opposition revolt in the North and failed to put down the SNM opposition struggle, its supporters, and its recruits. But nevertheless, General Gani was also a ruthless man in nature and vulgar expressionist in terms of a relationship with the citizens and alienated the majority of the population. He was still unable to gain the trust of the public and local elders in his determination to smite the jugular vein of the SNM, cut its head off and succeed in the putting an end to the uprising of the population.

Soon after his arrival, General Morgan stepped up the repression of the civilian people and military operations, the only technique the clique in power knew. But he also did not succeed in his operations to stamp out the SNM, as he often boasted and vowed, and it’s guerrilla tactical operations which were continuously causing great havoc and humiliation to the government troops. Persistent frustrations and hatred led him to devise the most deceitful Machiavellian styled plan one could ever think of. In fact, the plans were already operational and in place by the militarily but Morgan decided to write a damning report (dated 21 January 1987) to his boss, the president, pretending to make a formal and official request or permission to launch a sinister programme of obliteration of the main clans from which the SNM draws and relies for support. He did so simply as a show off to his boss, the president. The plan confidently displayed its sinister operation at length (but remember that was already going on without seeking permission) included the destruction of towns and villages inhabited by those clans along the long border with Ethiopia and to substitute the local population with people of loyal close kinship clans (mostly refugees), controlling the trade, commerce and business. The plan was clearly specified in the letter which later leaked and popularly became known as the ‘letter of death’. The letter was simply a show off ‘this is what I am already doing’ kind of.

Although the letter was strictly a top secret and a copy was filed in archives of the Ministry of the Interior in Mogadishu which was headed by General Ahmed Suleiman Abdalla, one of Barre’s son-in-law, it was leaked finally by an employee who was working at the Archives Department of the Ministry of the Interior who passed it to another employee at the Mogadishu Electricity Power Supply (Ahmed Mohamed Tukale known as ‘Berberawi’). Berberawi provided copies of the letter to a friend, Jama Ali Osman who successfully smuggled it to the SNM.

By the end of 1988 General Morgan, the commander of 26th sector in the North, after receiving authority of the President ordered total war against the population in the North under the code name of ‘Operation North’ as revealed by the leaked confidential letter by General Morgan directly to the president on 23 January 1987 and copied to the Minister of Defense, a post held by late General Mohamed Ali Samatar who was then promoted to first Premier as well as to the Minister of Interior, Ahmed Suleiman Abdulla (Dafle), the  son-in-law of the president and the third deputy prime Minister.

The letter made a detailed account of horrendous proposals aimed at the eradication of large section of the population in the North. It specifically targeted major clans. As the letter leaked it became a hit and popular within the international press and media and was named as the ‘letter of death’ (Africa Now July 1987, Africa Confidential, 1987 etc.). The letter became the biggest scandal of the regime after it was translated in London by a well-known Somali lawyer, Mohamoud Sh. Ahmed Muse (a former High court and a Somali government prosecutor).

The letter exposed the typical plan which was already underway. It was just one of the blueprints of many plans already in action as part of campaigns of obliteration of large sections or proportion of the population in the North. That showed the nature of the government and its extreme revulsion towards the people in the North. The General showed a bitter dislike and aversion against the people. At best General Morgan was only a representative master of ‘social engineering’. “…….and its (SNM) supporters are subjected to a campaign of obliteration, there will come a time when they will raise their heads again” was part of his own words clearly expressed in the letter.

An outline of repressive measures proposed (albeit they were already effectively in place) included: a) Elimination of selected wealthy people suspected of supporting the SNM; b) Re-organization of the Local councils consisting of dilution of school population with an infusion of children from refugee camps; c) Rendering uninhabitable large swathe of land, i.e., the territorial area between the national army and the SNM forces, by destroying the water reservoirs and tanks and villages lying around and across the territory used by the local population and suspected for the SNM for infiltration; d) Removing and suspending those holding key posts in the army and civil service held by northerners especially from Isaaq clan f) Confiscating and reducing number of public transport buses, especially in Hargeisa, owned by people from specific clans and use those confiscated by the army; g) Detaining businessmen and well-to-do people of the Isaaq clan; h) Transferring chiefs, sultans, and headmen in Mandhera prison, North East of Hargeisa, to Laanta Buur prison in South Somalia. General Morgan was given the seal of approval and the authority by the president in a flick of time to proceed with the operation. The letter had unashamedly pointed out how to ‘lay waste’ and make vast areas in the North uninhabited. The destruction and razing of entire villages and towns, poisoning wells and cutting off electricity and water supplies, uprooting crops on farms and fruit trees, imprisonment of key entrepreneurs, confiscating money of wealthy traders and businessmen and their vehicles and transport, persecution of prominent intellectuals and students, arresting and detention of school children were amongst the activities proposed. In the schools, pupils were substituted by children from refugee camps in order to plant informers and spies within the students and teachers community. Some teachers were trusted than others because of clan affiliation and loyalty were given arms with pistols in the school classes. Raaqiya Omaar (1988) of the Africa Watch rightly referred to the actions of the regime as a ‘government at war with its own people’.

In the north of the country deteriorated and escalated to an explosive point. Of course, the SNM stepped up its guerrilla operations along Ethiopian the border. On 17 March 1988, the SNM captured Tog-Wajale, Godka and Geed Baladh after skirmishes with the government troops inflicting heavy casualties. The SNM also attacked the road between Bali Gubadle and Gumuburaha.