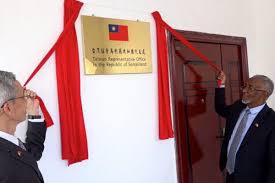 Taiwan government has allocated ($ 2 million) which was allocated for implementation of the upcoming parliamentary and city council elections in the country, lawmaker found.

The parliamentary and local council polls will take place on the 31st May, 2021.

As Taiwan set up diplomatic representative in Somaliland has decided to provide millions of dollars to the democratization process in Somaliland.

According to a member of parliament in the House of Reps. has disclosed that Taiwan has directly channeled the funds into Somaliland.

Honorable Abdikadir Ismail Jirde has publicly announced Taiwanese assistance during a high level meeting between Wadani party and ambassadors and diplomats in Hargeisa.

It is also disclosed that the UK and the EU together with Sweden allocated 2 million US dollars to fund Somaliland’s upcoming elections.

The funds from the Europe countries have been utilized for the voter registration exercise conducted across Somaliland.

The government of Somaliland has allocated the remaining funds for the implementation of the elections.

The government has not disclosed the estimated budget that will be spent during the election.

Taiwan set up a representative office in Hargeisa last year.