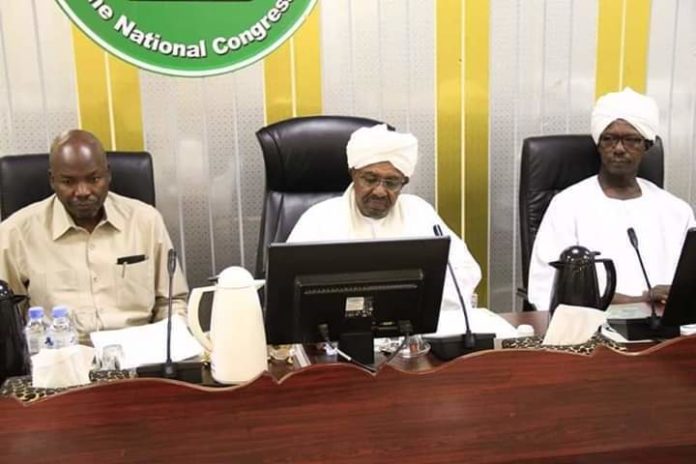 CAIRO (AP) – Sudan’s embattled President Omar al-Bashir on Friday quit his position as chairman of the ruling party after more than two months of protests against his nearly three-decade rule, the party said.

According to a party statement, al-Bashir delegated his powers as chairman of the National Congress Party to its deputy chairman, Ahmed Harun, until the party’s next general conference. No date has been set for the conference.

Local media quoted Harun as saying al-Bashir took this step in order to “devote himself to the national tasks” as the country’s leader.

Like al-Bashir, Harun is also wanted by the International Criminal Court for alleged war crimes committed in Sudan’s Darfur region. He was appointed the party’s deputy chairman earlier this week.

On Thursday, an emergency court in the capital, Khartoum, sent eight people to prison over their participation in anti-government protests that have engulfed Khartoum and its twin city, Omdurman, the state-run news agency SUNA reported. Four were sentenced to five-year terms each and three got three-year sentences. One person was sentenced to six months.

The sentences were the first handed down by the emergency courts in Khartoum set up earlier this week to investigate violations under the state of emergency that al-Bashir declared late in February to quash the protests.

The Democratic Lawyers Alliance, which is part of an umbrella group spearheading the protests, said at least 870 protesters were brought before emergency courts in Khartoum and Omdurman on Thursday.

Al-Bashir’s autocratic rule has been marred by civil wars and increasing street demonstrations. The latest wave of nationwide protests erupted in mid-December, initially triggered by rising prices and shortages but quickly turned to calls for al-Bashir, who seized power in a 1989 military coup, to step down.

A heavy security crackdown has left scores of protesters dead.