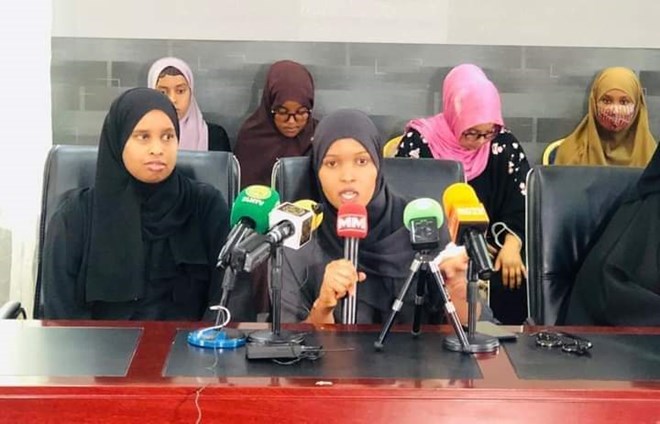 Students at Barwako University together with their parents have dismissed with the strongest possible terms the allegations against the university top administration. They said that that the accusations that Joy Isa spreads Christianity within the university is baseless. The students along with the parents have further revealed that individuals who are responsible for spreading false information have a hidden motive behind the false and negative smear campaign and is intending to undermine Somaliland’s progress towards achieving world class education. One of the parents who spoke said in one voice that the campaign is intended to destroy Somaliland’s statehood. Fatumo who is among the speakers on behalf of Barwako university parents said that the it is impossible for four women to change the beliefs of 200 girls. The parents have insisted upon that Mr. Abdimalik Muse Oldon will be sued at the courts in Somaliland who accused Joy Issa of spreading Christianity within the university. They said that Oldon has discredited the integrity of their children. Oldon is behind bars for the defamation of Abaarso Network Services of accusing of students being taught of Christian religion.