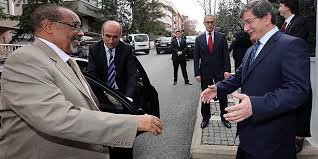 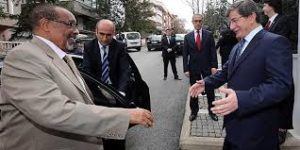 An emotional gesture by Somalis moved a Turkish academic who was stranded in a Somali city when his flight was cancelled.

Seeking to reach the capital Mogadishu from Hargeisa, some 1,500 kilometers away from Mogadishu, Enver Kapağan found out his flight was cancelled. Asking for help from locals to get to the capital in time, Kapağan was soon taken to a private plane arranged by locals, much to his surprise.

Kapağan, who heads the Turkish language department of Turkey’s Karabük University, was in Hargeisa to oversee an exam for Somali exchange students seeking to enroll at Turkish universities.

After exams ended, Kapağan found out that his scheduled flight to Mogadishu was cancelled due to a technical error. Clueless about how to reach the Somali capital, he asked for help from local authorities. “I asked them if they can help me to get to the capital, in whatever way they could. They told me they would resolve the matter. I thought they would arrange a car or a bus but in a few hours, they told me that my vehicle was ready. I was then taken to the airport and saw there was an entire plane at my disposal. It was really surprising for me,” Kapağan told Anadolu Agency (AA). The academic said an education nonprofit organization rented the plane only for him . “They told me they would not let me travel by land and be exposed to dangers along the way. I am very grateful,” Kapağan says.

He points out to Somalis’ embrace of Turks was a result of Turkey’s humanitarian policy towards the African country. “People respect and love Turks. For instance, in Mogadishu, there are checkpoints everywhere, where people are searched, but when they learn that we were from Turkey, they let us go and tell us that Turks would only visit Somalia if they were doing good deeds,” Kapağan says