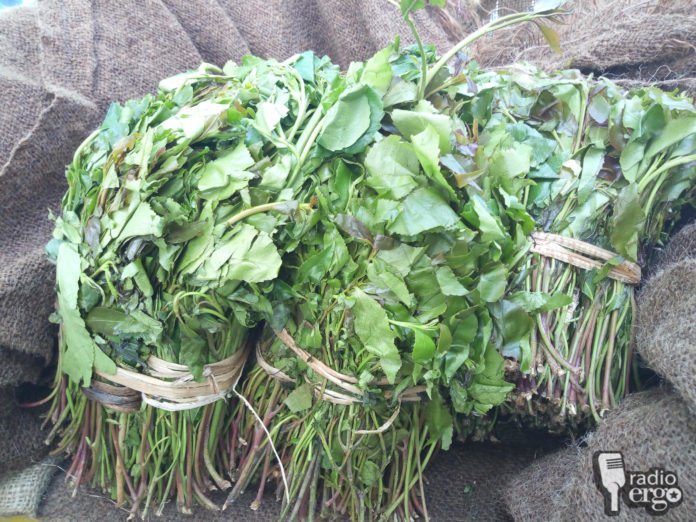 A campaign led by wives and mothers in a small village in northern Somalia’s Sanag region has led to a ban on the ubiquitously popular leafy stimulant khat.

A group of 60 self-organised women in Dharkeyn village, 30 km southeast of Hingalol town, have forced the disappearance of khat from the local markets.

The group’s leader, Hodan Ali Guleid, a mother of 12, told Radio Ergo that khat had been destroying families.

“Khat is a key contributor to broken families and has led to fathers failing to take up the responsibility of supporting their families,” she said.

Hodan said khat had also ruined the economy of the village of 600 families, which is struggling to recover from years of clan clashes and the effects of the harsh drought.

“Khat is a waste of money. The consumers of the leaf divert the hard-earned cash meant for the family budget to buy khat,” explained Hodan, whose husband had been using khat. Since the ban took effect two months ago, he has stopped the habit.

The campaign to ban the drug was endorsed by the village elders and religious leaders and won the support of the youth.

Dharkeyn’s chief, Ali Salah, said the khat ban has already dramatically reduced the number of children dropping out of school.

“Prior to the ban Dharkeyn primary school had an enrolment of 80 students, but now there are about 200 children. This is because parents are now taking up their roles and paying to send their children to school,” the chief said.

The village elders unanimously agreed to impose fixed fines on traders and consumers caught in defiance of the ban.

“There is a customary law endorsed by the elders that fines violators of the ban. The consumer found guilty will be fined $100 while the trader who violates the ban will pay $200,” the chief said.

Dahir Ahmed Sahal, who used to trade in khat, has switched to another business to avoid conflict with the villagers.

“I quit chewing and selling khat. I now support the villagers in the ban on khat,” Dahir told Radio Ergo.

Abdifatah Yussuf Ali, 26, had been chewing khat since he was a teenager. During his seven years of regular chewing, he said he had experienced a constant sense of being out of it.

Abdifatah, now a father of four, admitted that his chewing habit had made him neglect his family.

“I earn 150 dollars a month and much of that I used to spend on chewing khat. My wife had been struggling to support the family,” he said.

Khat also known as miraa, is a red-stemmed, green-leafed plant popular among Somalis and Ethiopians.

At least 10 flights land in Mogadishu from Nairobi each day transporting khat for sale in southern and central Somalia. Northern regions are supplied from Ethiopia.

Imports of the leaf into Somalia have increased since the UK and other western countries banned khat five years ago, cutting off large markets for Kenyan and Ethiopian growers