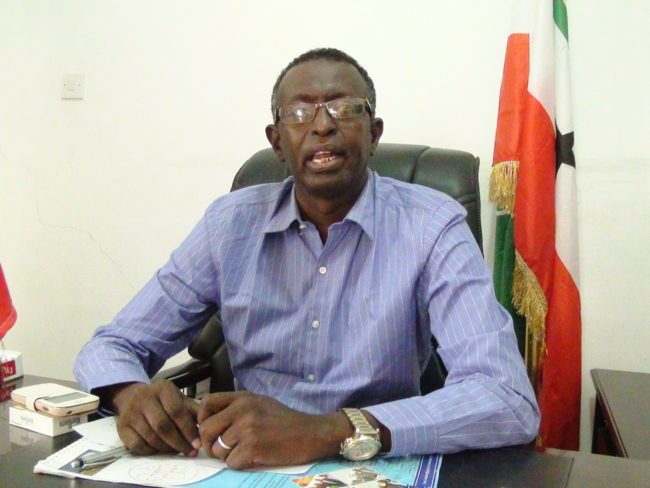 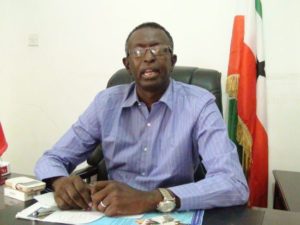 HARGEISA– The Justice and Welfare party (UCID) leader has appointed a key post to former Gebiley governor who announced that he shifted to UCID.

According to a press statement issued by the Justice and Welfare party announced from now on that Hon. Mohamud Ali Suleiman as the interior party secretary.

UCID leader has made the right consultations with executive council of the party and convinced himself that Hon. Ramah is capable of executing this key post. It was just a couple of days that Ramah, a long standing member has announced of leaving the ruling Kulmiye party and asserted that he joined the Justice & Welfare party so that he will have the necessary room to criticize the government led by Musa Bihi Abdi as the incumbent president. 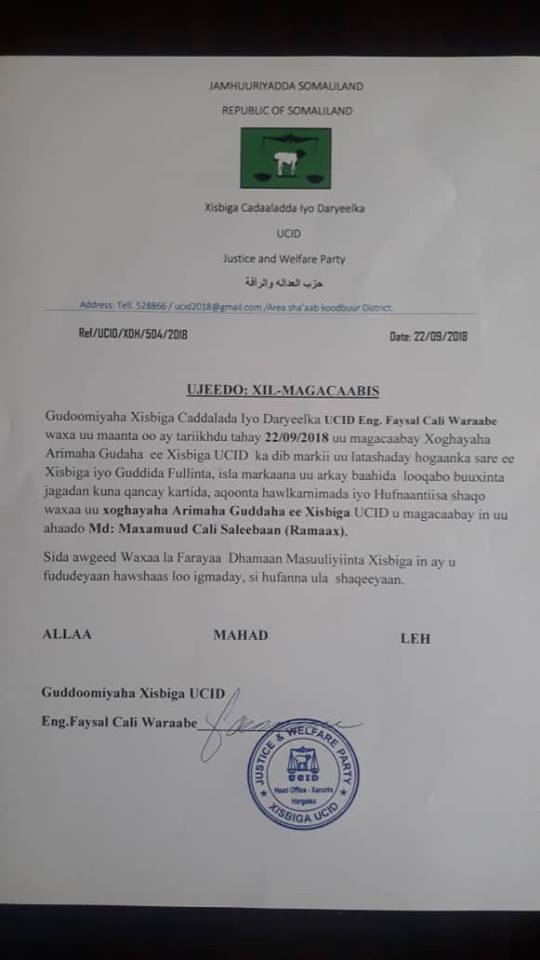