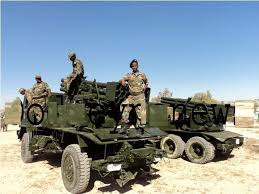 Somaliland troops on Monday clashed with with an armed militant in the village of Gambadha in Sool province. The fighting broke out after Somaliland units of national army came under an attack and an ambush from SSC militia and the two sides exchanged fire. Mr. Faisal Falalug was leading the SSC militia according to reports coming from Sool. Reports said that there were casualties from both sides although the government of Somaliland has not issued a statement on the skirmishes.