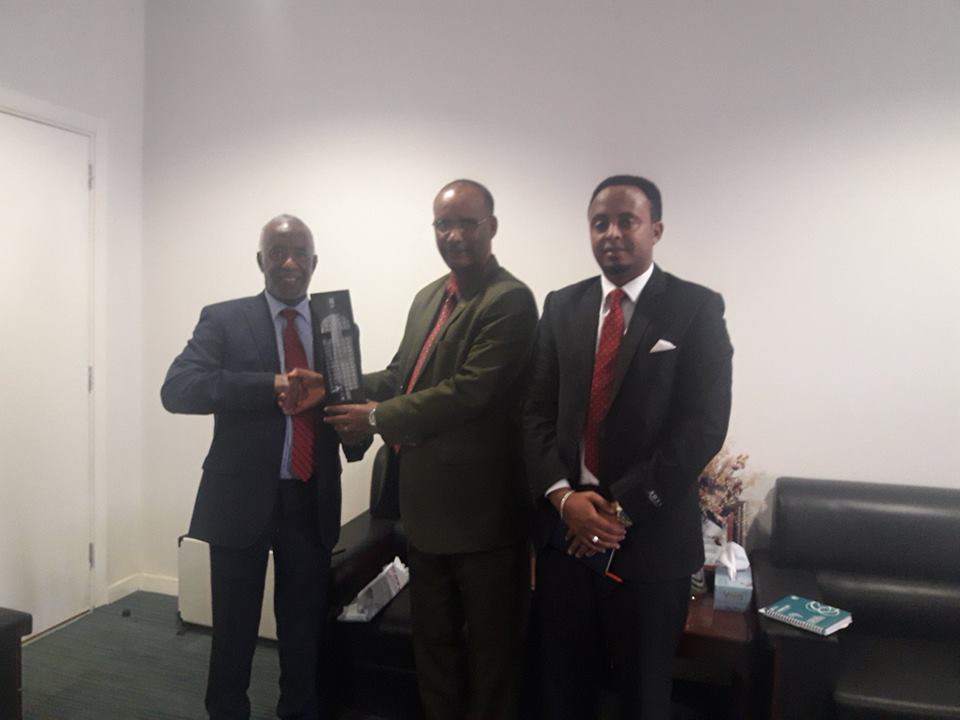 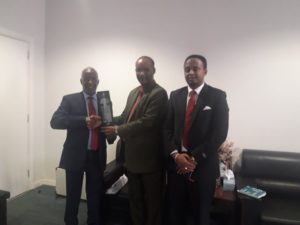 The Somaliland Permanent Diplomatic Mission (SPDM) in Addis Ababa presents its compliments to the Government of the Federal Democratic Republic of Ethiopia and Has the Honor to appreciate the latter that the Government of Ethiopia grants Scholarships to the Republic of Somaliland ( 200 Undergraduate students, 100 Post graduate and 6 PHD candidates) in the 2018/2019 Academic year.

On 26 May 2018, the Permanent Diplomatic Mission officially made the request for the scholarship noting the importance of Education, human capital investment and training in nation development, recognizing the Value of the cultural & Technical exchange under the existing bilateral relation mechanisms, and acknowledging the Shared concerns of traditional and Non- traditional ties between the two countries.

On 7th June 2018, the Minister of education of the Republic of Somaliland, H.E. Yasin Mohamoud Hiir accompanied by the Deputy Ambassador Met with his Counterpart H.E Tilaye, Minister of Education of the Federal Democratic Republic of Ethiopia and discussed issues of a common concern. The visit and the discussion have reaffirmed the cooperation and the close ties of the two Ministries.

Moreover, the Somaliland Permanent Diplomatic Mission made, dedication, commitment to promote a friendship and cooperation between the two countries in Education and public diplomacy sector, these scholarships will be the largest award granted to Somaliland for the last 27 years and will be the first time awarded for PHD.

On 28th Sep, the vice minister of Education H.E. Abdulkadir Mohamoud, accompanied by H.E. Mohamed Abdi, the Somaliland Deputy Ambassador to Ethiopia submitted the documents of the identified candidates to the academic and Research Directorate General of the Ministry of Education.

Finally, the SPDM avails its self of this opportunity to remain thankful to the Government of the Federal Democratic Republic of Ethiopia for granting scholarship to the Republic of Somaliland the assurance of it’s highest consideration.