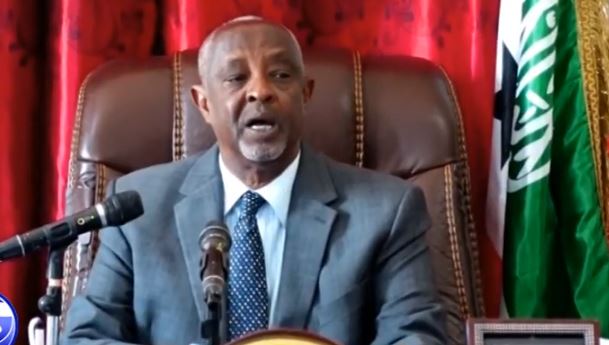 The refutations were made by Interior Minister Mohamed Kahin Ahmed, who said the allegations that Somaliland was offering safe havens to former zone five officials accused of human rights violations were baseless and without foundation.

Earlier in last week week president Mustafe Cagjar of Ethiopia’s Somali region issued a statement naming a number of past senior officers said to be in Somaliland.

Reports by the Somaliland News Agency (SOLNA), have the interior minister not only vehemently denying the presence of the said wanted rights violators, but declaring that nobody who is a who is a threat Ethiopia’s security can’t be a friend Somaliland.

He stated Somaliland has grabbed a number of government vehicles looted from the Somali regional administration following the outbreak of law and order that followed the ouster of former President Abdi Mohamud Omar. And handed them back to Ethiopian authorities.