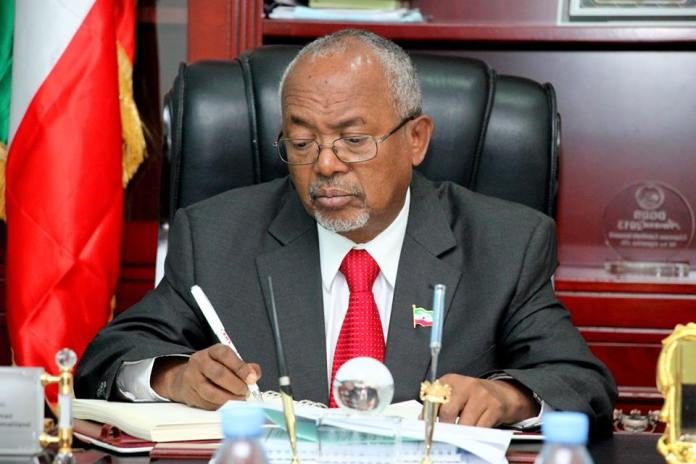 The Deputy Somaliland President H.E Abdirahman Sayli’i has announced today that Somaliland has quarantined three people suspected of having symptoms linked with the deadly Coronavirus infection which causes COVID-19.

The VP has said that there is no confirmed cases of COVID-19 in the republic of Somaliland as far the deadly global pandemic Coronavirus is concerned.

Mr. Sayli’i, the chairman of Coronavirus National Preparedness Committee, has further revealed that Somaliland does not have a testing center but he added that they are awaiting the results of their examination.

He announced that two of the suspects are Somaliland nationals while one is Chinese by birth.

The three suspected of having COVID-19 are being held in Zeila and arrived from Djibouti while crossing the border land between the two countries.

In other words, Djibouti has announced that four people that have arrived in Djibouti from Somaliland have tested positive for the deadly COVID-19.

Djibouti said that laboratory tests done in Lawyo Addo have shown that the four people have become positive for the virus.

The four people were said to have sneaked into Djibouti from the border by trekking.

Both Djibouti and Somaliland have announced border closure as strict measure aimed at combating the spread of COVID-19.