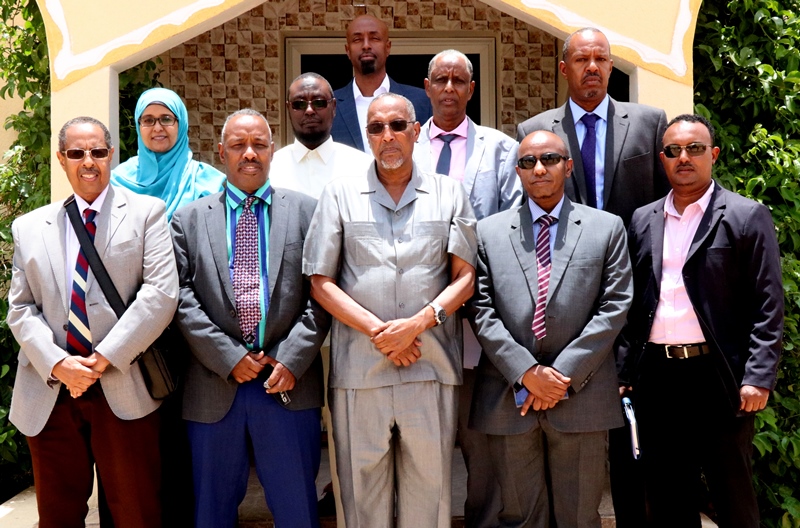 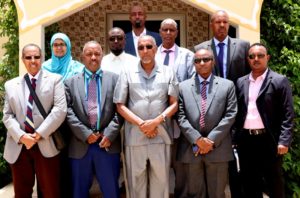 HARGEISA–Incumbent president, Musa Bihi Abdi met with members of the organizing committee in charge of Berbera port Free Zone. The meeting has taken place on Tuesday at the presidential mansion.

The discussion between the Head of State and the committee focused on speeding up the expansion and modernization of the port and to oversee the implementation of the deal signed between Dubia Ports World with Somaliland government. The two sides have held debates on coming up with a viable road map that could pave the way for the port to compete with other ports in the globe. Somaliland President, Bihi has listened the briefing of the current plans that are in the pipeline and the fulfillment of the agreement reached with DPW. Hon. Bihi has thanked the efforts embarked by the commission and further urged to double their ongoing efforts to reach the desired goal of a modernized port that is in a strong contest with its neighboring ports in the regions.

The Head of State will lay the foundation which will mark the beginning of the port expansion and the addition of 400m. President Bihi is on unprecedented campaign of overseeing to carry out the promises he pledged during the presidential elections that happened in 2017.