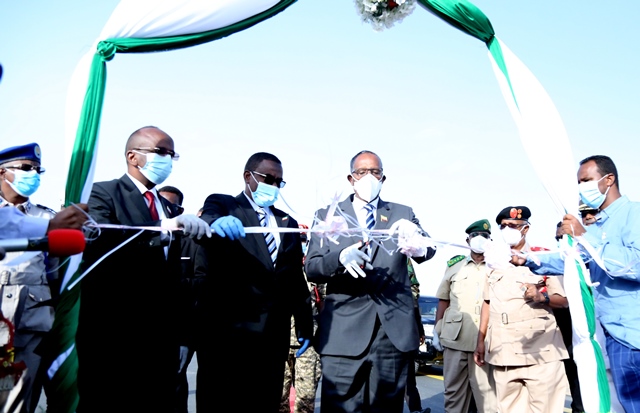 Hargeisa-The President of the Republic of Somaliland, Mr. Muse Bihi Abdi, has today cut off the 12KM (twelve kilometers) highway from Berbera to Wajale (Berbera Corridor) which is the first phase to be officially completed.

Firstly, Eng. Tahir Mehmood, speaking on behalf of Nael $ Bin Harmal Hydaroexport Establishment (NBHH) the firm task with the construction of the Berbera Corridor, briefed the head of state on the various stages of the construction of the road and reiterated the firm commitment of completing the highway which is of significant importance to the Republic of Somaliland.

Minister of Transport and Highway Development, Mr. Abdilahi Abokor Osman, further explained the changes in the quality and dimensions of the road and pointed out the differences with the old, short-lived road.

“Today we are here to open part of the Berbera Corridor, which is a 12 KM stretch that has been completed.  Mr. President, I would like to point out that this road is different from the earlier road which was built to handle 6 tonnes,  the new road can now handle 40 tonnes and more, and its 11.3 meters wide and evermore durable”, he said.

The Transport Minister added that the newly completed 12 KMs road could now be used by vehicles.

The President of the Republic of Somaliland, H.E Muse Bihi Abdi, praised officials of the Ministry of Transport and Road Development for their efforts to complete the Berbera Corridor for the job well done.

He added, “I, would like to use this opportunity to thank the Ministry of Transport and the Roads Development Agency for the commendable ongoing work on the Berbera Corridor and Erigavo Road which are two important roadways.

Finally, the president urged the officials of the Ministry of Transport and Road Development and other companies involved in the Berbera Corridor to double its national mission and achieve the national goal of road construction and infrastructure development. 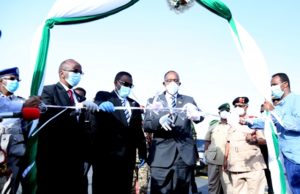 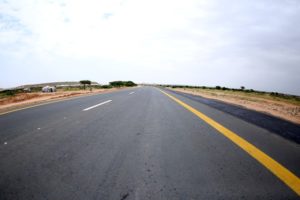 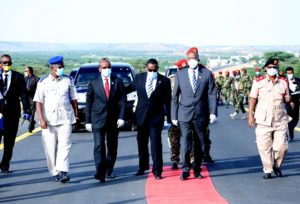