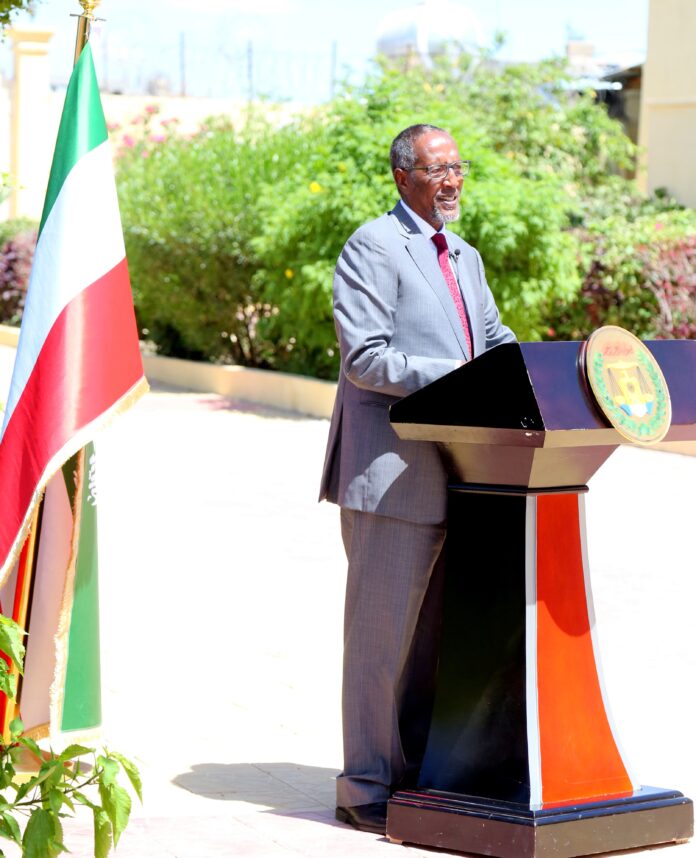 SL President H.E Musa Bihi Abdi on Wednesday strongly condemned Israel’s airstrikes against Palestinians in Gaza. The Head of State called on World powers to speak against the atrocities that Israel has perpetrated against the people of Palestine. Bihi reaffirmed that SL is deeply saddened over the predicament that the Palestinians are confronted with. Bihi said: ” We are deeply saddened with what is happening in Palestine. The only thing we can do in terms of our fragility that we can keep praying for you. We stand with with you.” Bihi has urged world powers to intervene urgently to stop the continuation of atrocities and crimes against humanity that Israel is perpetrating in Palestine. The statement from SL Head of State comes at a time when the acrimony between Israel and Palestine is worsening.