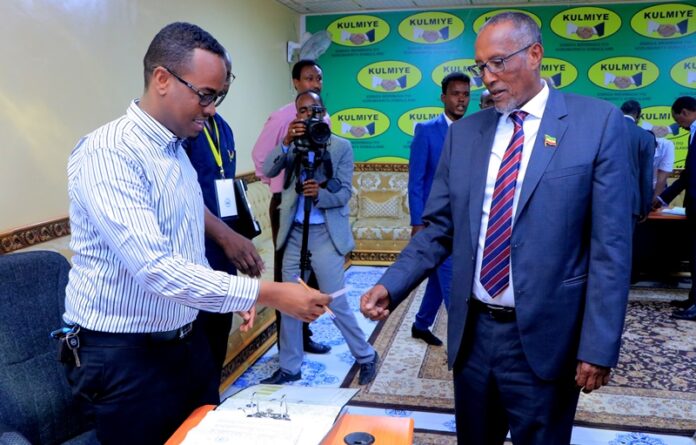 Somaliland incumbent president H.E Musa Bihi Abdi on Saturday has paid a courtesy call to the ruling Kulmiye party headquarters in order to get registered so as to participate the upcoming 4th grand convention which is scheduled to take place in early October this year.

The president who was accompanied by cabinet members were greeted upon reaching the party headquarters by the grand convention organizing committee.

The preparations of the Kulmiye party convention is smoothly underway as the delegates drawn from provinces and districts in the country are getting registered as the drive is about to nearing completion prior to the kick off of the convention.

President Bihi who is also the chairperson of the ruling party Kulmiye has made his bid to retain the post clear as there won’t be other challengers that he is about to contest with.

There are at least four positions as the party leadership which are up for grabs.

The deputy Somaliland president Abdirahman Sayli’i will face a strong completion from his arch rival, the trade minister Sajin who has already thrown his hat into the ring.

Both hail from the same Awdal province.

The former presidency minister, Mahmud Hashi has dropped the race for the party chairman and accused the incumbent president of hijacking the party’s convention. 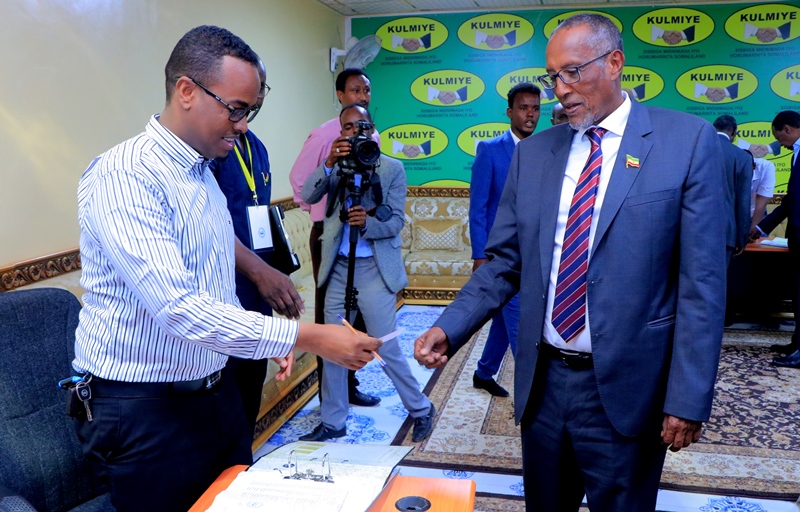 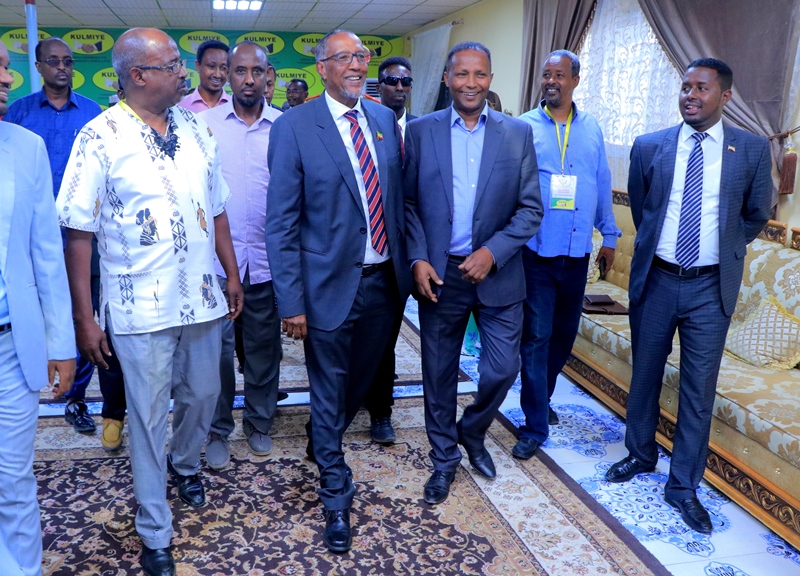 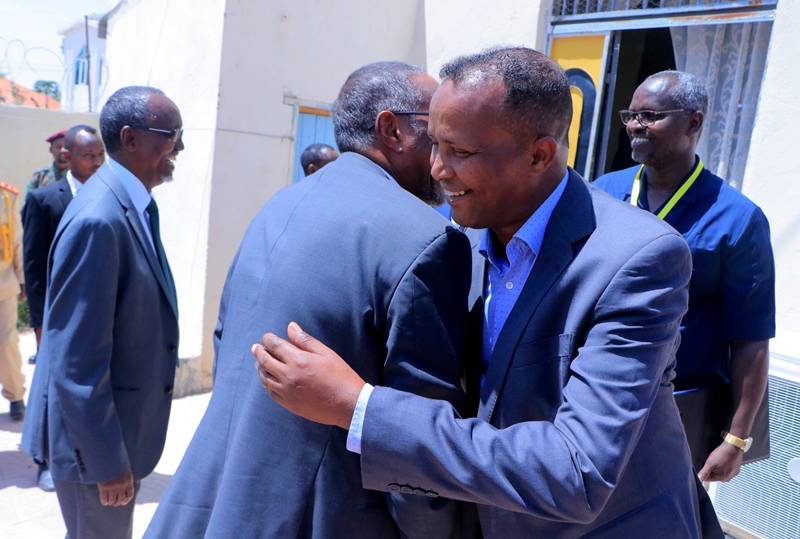 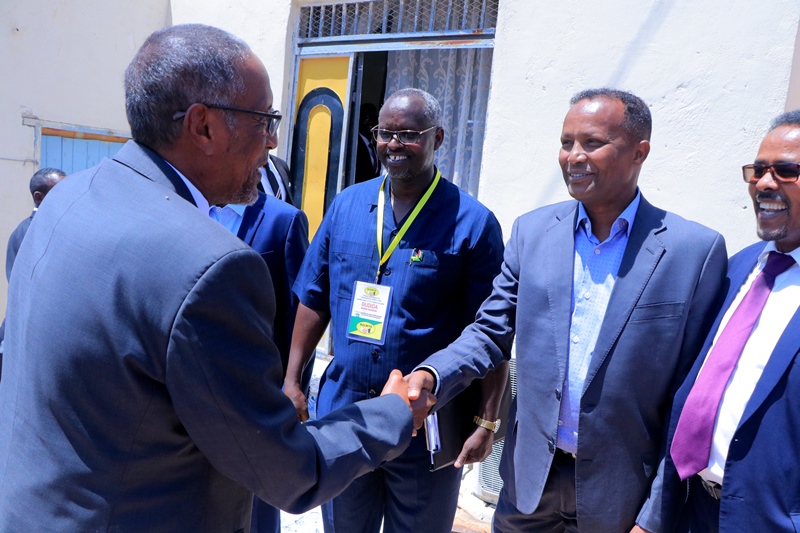