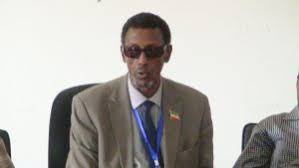 Hargeisa– Somaliland’s health development minister submitted his resignation in a letter to the president on the 31st of March, 2019. Dr. Hasan Ismail Yusuf has submitted a letter citing his health related problems that he cannot oversee the health portfolio. The minister was hospitalized after stroke but later discharged and continued to serve. The Head of State has accepted the resignation submitted by the minister and thanked for his time to service. The president has appointed his replacement today.
Local media have speculated that the health minister was sacked in a reshuffle.