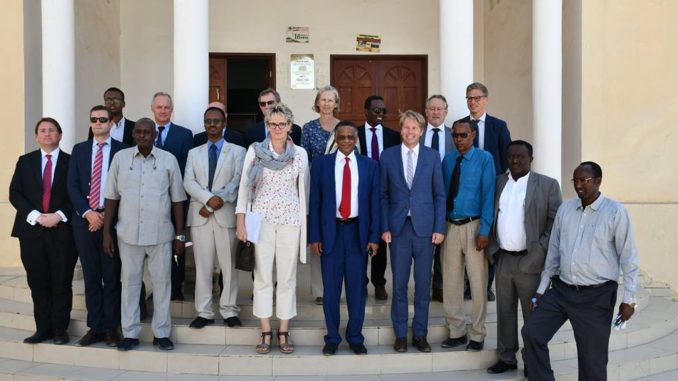 HARGEISA– The house of Somaliland’s national assembly, Hon. Bashe Mohamed Farah today met a delegation of EU ambassadors. The delegation was led by the EU envoy to Somalia, Fulgencio Garrido Ruiz and was accompanied by the UK, Denmark, Norway, Finland, Sweden and Switzerland ambassadors. The EU diplomats spoke with the parliamentary speakers on the upcoming polls, women’s quota seats and other issues. The incumbent house speaker, Mr. Bashe assured that the upcoming elections will be held on time and further promised to vacate the seats. He also told the EU delegation that the election bill will be passed but said that the issue of the allocation of seats to provinces still up in the air.