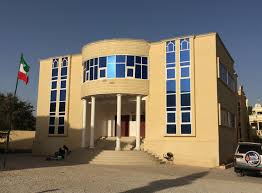 HARGEISA–Somaliland Independent media have been completely banned from the parliament.

This was disclosed by the commander in charge of the security at the parliament compound on Saturday.
The Commander has further informed the non-state media that they have to immediately get out of the parliament building.
He announced that they are barred from the parliament until further notice.
The journalists were covering an event where the chairman of the National Displacement & Refugee Agency (NDRA), Abdikarim Xinif was briefing the standing committee of the parliament.
The journalists have demanded the chief security at the parliamentary complex to shed light into who has made the order.
He insisted that he was given an order which he is obliged to abide by and fulfill.
But it is understood that the current speaker of Somaliland House of National Assembly, Bashe Mohamed Farah has ordered media to be banned from the parliament.
plan to curb media access to parliament likely to spur protests by non-state media,  amid concern the government is intent on curtailing freedom of press.