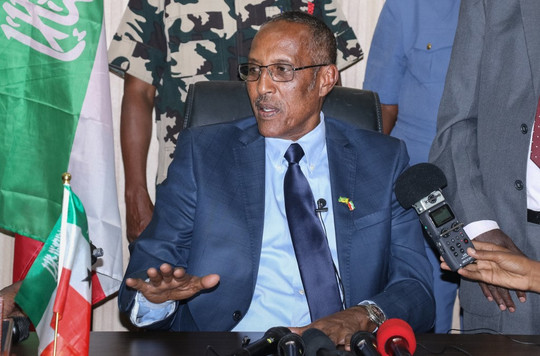 Two TV stations were shut down by police as part of a growing media clampdown in Somaliland.The International Federation of Journalists (IFJ) joins its affiliate, the National Union of Somali Journalists (NUSOJ), in calling on the Somaliland authorities to stop attacking independent journalism.

On June 27, authorities withdrew the operating licenses of Universal TV in the region and sent the police to shut down its offices. According to the Minister of Information Suleiman Yusuf Ali, their transgression was that they had refused to broadcast the president’s speech – although the director of the TV station denies these accusations.

Two days earlier police had also raided and closed down (and are still occupying) the privately-owned, independent Star TV. The director claims he is unaware of the the reasons behind the police action. According to NUSOJ, it may have to do with Start TV’s recent in-depth coverage of the Somali-Somaliland talks in Djibouti.

These two forced closures illustrate the precariousness of press freedom in Somaliland. NUSOJ has also reported that several journalists in Hargeisa were warned not to report ‘negatively’ on the president’s actions and on the outcomes of the talks. According to the union, there have been repeated episodes of intimidation and censorship.

“Media freedom in Somaliland is in tatters. The excessively harsh and reprehensible manner in which the Somaliland administration is seeking to control information about highly significant events and issues for all Somalis is comparable to the actions of other autocratic administrations,” said Omar Faruk Osman, NUSOJ Secretary-General.

IFJ General Secretary Anthony Bellanger said, “It is inadmissible that two media organizations are arbitrarily closed down within a couple of days. IFJ demands that Somaliland authorities end their occupation of media offices and stop obstructing media freedom.”