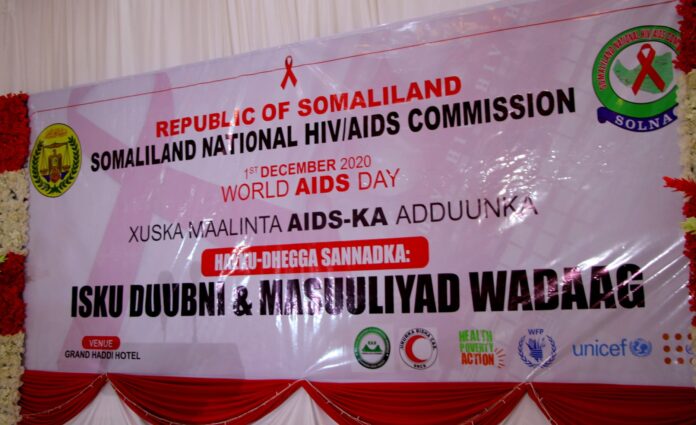 Somaliland commemorated yesterday World AIDS Day which is marked on 1st December every year around the globe. 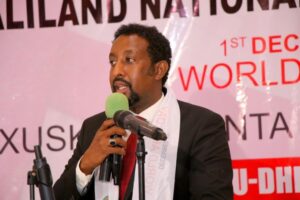 National AIDS Commission Chairperson, Mr. Abdishakur Ismail Mumin disclosed that 2500 were tested from the virus. He added that 119 people out of the 2500 tested positive for HIV/AIDS. It is 5 percent of the total populace. He said that 5, 500 people are currently living with HIV/AIDS in nationwide. Abdishakur said “Our message to convoy is to raise awareness over HIV/AIDS and we urge its containment.” He revealed that stigma towards people living with HIV/AIDS has increased by 63 percent. Furthermore, he called on the increase of public awareness to reduce the stigma. 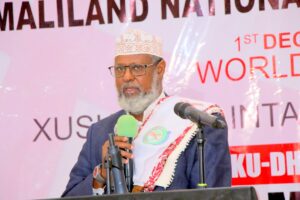 Religious affairs minister, Khalil Abdilahi Ahmed discouraged the public against the stigma towards patients with AIDS. He called on the public to assist and to refrain from whatever will have an effect mentally and physically. 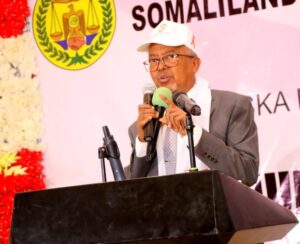 The VP in a remark at the event urged the public to stop the stigma against AIDS patients. He said that the virus can be transmitted by intercourse. VP pledged that the government will be committed to combat AIDS in Somaliland so that the public could remain healthy. 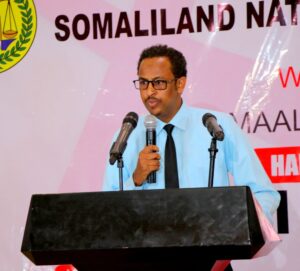 The director in charge of awareness at SOLNAC, Muhyadin Yusuf, promised that the Commission will do all it can to increase awareness programs and will reduce stigma against HIV/AIDS patients. 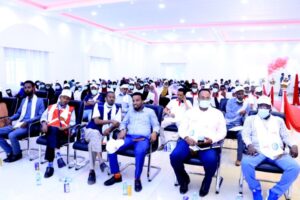 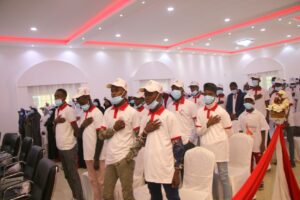 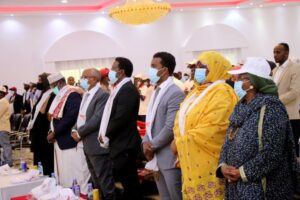 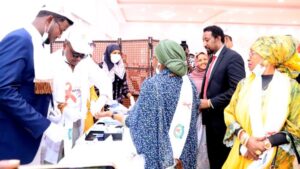