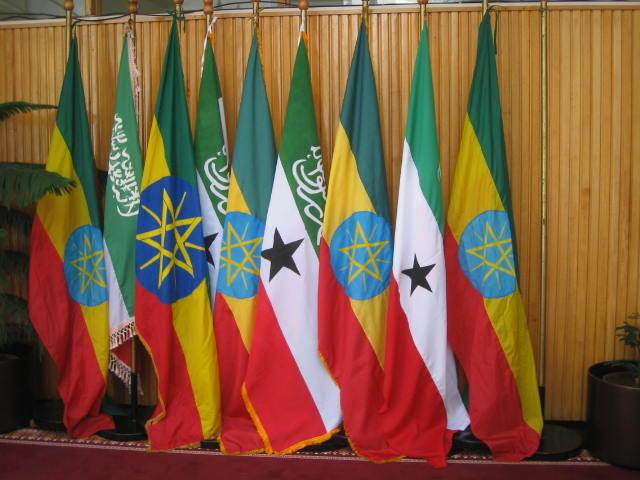 Somaliland has been a lonely nation since she has officially disowned its ugly and ruthless brother, Somalia. In its search for a new family member from the international community, Ethiopia waved a fake hand of sisterhood that always benefited her.

For decades, Somaliland has been bleeding economically in the form of a huge trade deficit and got nothing back but a lip service. It is worth mentioning that even the lip service has been recently ended by Abiy Ahmed. Mr. Ahmed’s decision is seemingly based on Somaliland’s dumb foreign policy that accepted to be taken for granted.

The prime minister of Eithiopia has openly chosen Farmajo and his stateless administration that has nothing to offer and ignored Somaliland in spite of the fact that his country is sucking the life out of Somaliland as they send Khat drugs for US dollars. In his political calculations, securing his vague deal for Somali ports is more important than Somaliland and he ignores the fact that Eastern Oromia’s economy will collapse to its knees if Somaliland sways its head to another direction.

Because they have taken us for granted, Lema Megersa of Oromia region has added insult to the injury as he cannot comprehend that Somaliland has the audacity to open its market to another country like Kenya.  Mr. Megersa has angrily talked to his local house of parliament and foolishly uttered that Somaliland’s market is only for Ethiopia. He added that he would invite President Behi to the Oromia state to request him to stop the Kenyan Khat.

In response to the Ethiopian politics, we demand that our president to exert all our trade powers by adopting an aggressive, mutual interest-based diplomacy and tell Mr. Megersa, ‘If you need our money, you may come to Hargeisa with a polite request.’  If he comes, Megersa has to carry with him a fair message to his prime minister, ‘You either keep the one-way trade from Ethiopia to Somaliland or remain in cahoots with Farmajo’ and loose hundreds of millions of dollars.

More important, before Mr. Megersa even makes his selfish call to president Behi, Somaliland has to make Oromia feel the hunger pain. As a result, I hereby suggest the following unprecedented move.

First, we need to open a direct route to import Kenyan and Yemani Khat. At the same time, enforce hefty tariffs and other barriers against the entry of the Ethiopian Khat.

Third, share with Mr. Megersa the number of thousands of Oromo residents who should be leaving us and heading for his Oromo state since Ethiopia does not appreciate the free ride and Somaliland will not offer any more if it.

Implementing the above move will definitely create a hardship for their farmers, dwindle export taxes for local and federal governments.  As a result, Megersa will take a painful message from Oromia to his leader, Dr. Dreamer.

We all know Dr. Ahmed has lost the support of all other regions but Oromia.  By punishing Oromia, we may not break Dr. Ahmed’s Oromo leg on which he stands but we will at least hit him with a severe economic pain.

In conclusion, it is unfortunate that Somaliland lacks the art of diplomacy. There is saying on diplomacy, ‘Diplomacy is a game of chess in which the nations are checkmated.’