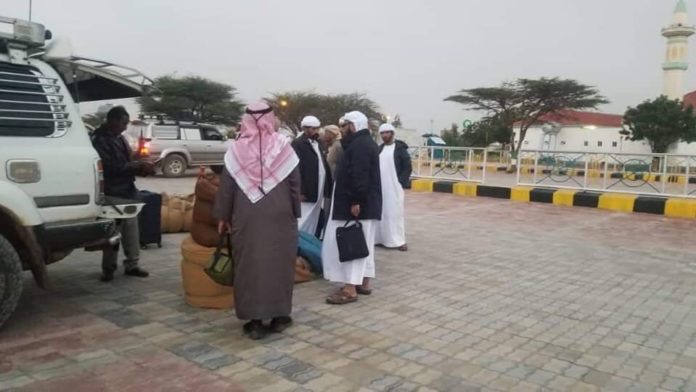 The Government of Somaliland has expelled nine UAE nationals from the country.

The ministry of environment from Somaliland has accused them of engaged the illegal poaching of its endangered wildlife.
The immigration police at Hargeisa airport ordered the 9 UAE nationals to be put behind bars on last Thursday.
According to the ministry, they were deported back to their country after completing days in police custody and having paid a fine levied upon them for breaching the country”s laws.
The 9 UAE nationals have paid 10, 000 US dollars that have been imposed upon them as harsh fine for being involved the illegal poaching of country;’s wildlife which is facing an extinction threat from illegal hunting.
The UAE nationals have told Sabo Wanaag locals that they came to the area in order to carry out development projects in the settlement which turned out to be naked lie.
They were caught red handed for the illegal poaching of deer in the settlement.