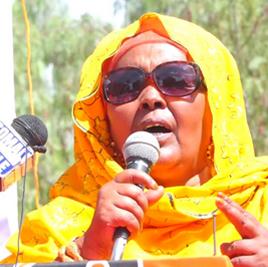 Hon. Baar said this while speaking to Hargeisa based BBC Somali language reporter Mr.Ahmed Saeed Ige these are her words “I welcome the new women quotas of seats in parliament. As you can see we are in support of this new initiative 100%. Women are the majority of the Somaliland population hence should not be undermined this is wrong. This should not be another ploy of the Kulmiye regime to please women without acting on the promises made. The former president Silanyo promised to allocate women their share of seats however he retired before fulfilling the promise. I hope the government is serious and not fantasizing on women issues. I think the president will make this a reality and not another gimmick to please women.”

She went on to say “There should be a law to be followed the constitution states clearly that a citizen has a right to elect or be elected. The constitution does not give quotas to citizens. It is wrong to disturb women peace with what will not work.”

Legislator Baar called on the president to make sure that the women quotas is christened in the constitution. “If the president is following another law let him write it.” She quipped.