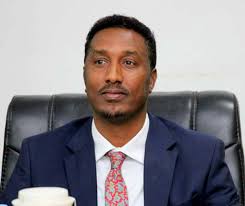 Stability, strategic location, government pro-Investments policies are good Ingredients to attract foreign investors. Horn of African Country (Somaliland, separated from the Former Somali Republic after the collapse of the union in 1991). In the three past decades it made notable progresses in many fronts. Stability, Democratic Process, Rule of Law and Economic dev’t. t

Twenty years ago Somaliland was a country emerging from a civil war, there were hardly good schools, hospitals and parts of the country was not easily accessible. Access to clean water, health and education were difficult. Today, Somaliland is an stable, democratic and prosperous country, its economy is growing very fast thanks to a booming private sector. The private sector in Somaliland is the fastest growing private sector in the region. Nearly more then quarter century on from the collapse of the “Somali Republic and The Re-Birth of Somaliland Republic”, Somaliland has more going for it than any of its neighboring countries i.e Yemen, Somalia. The future of this young country is bright and foreign investors are beginning to see that Somaliland is potential destination for their investments.

The fundamentals (to attract FDI) are certainly in place in Somaliland. Somaliland is a country with a population of 3.5 million people, half of whom are a working age and two thirds are under 35 years old. The young generation are relatively well educated and ambitious. Country’s GDP is growing at 3% a year and is expected to continue doing so for the coming few years. In large the growth is driven by the unregulated economy (private sector) and increasing inflow of foreign direct investment, notably the heavy investment from Dubai for their operation in Berbera Port, Corridor and Berbera Airport. The return of diaspora population is also having a positive impact in the local economy. Diaspora population not only brought back capital but they are creating new opportunities and transferring of the much needed skills that was missing in the country in the past. The recently restored livestock export can boost the economy significantly.

Following the improvement of the Berbera Port Capacity, the goods flow from Berbera to mainland Ethiopia has increased exponentially, as a result more jobs are likely to be created, other businesses will see the benefits from the increased economic activity (movement of goods and people), government itself will see increased revenues which it can use to invest in the public infrastructure. DP world invested heavily in Berbera port in the hope that the already booming and purchasing power of Ethiopian population is continuing to increase in the foreseeable future. Ethiopian economy is not showing any sign of slowing down, and if the country avoids internal political instability, it will need more corridors as Djibouti is almost operating at its maximum capacity and the demand for more imports is becoming inevitable as more and more Ethiopians start seeing increasing income which will increase the demand of goods.This presents huge opportunities for Somaliland and its foreign and domestic investors.

The other attraction for foreign investors considering to invest in Somaliland is the, unsurprisingly, the cheap labor. The main attraction is however the geography. Somaliland is located Ethiopia’s eastern flank; it has access to that country’s massive consumer market. With the long coastline, too, Somaliland has the potential to create smaller and functioning ports which can serve fisheries industry. Somaliland’s infrastructure is relatively poor but it is recently improving, Berbera Corridor, Erigavo Road, Rehabilitation of Burao-Berbera Road, Potential Djibouti-Borama Road, Telecom is owned by the private sector and access to internet and telephone is not expensive compare to the other countries in the region. The number of flights are growing, the upgrade of Berbera International Airport has been completed, the capacity of Egal Airport has also improved in the past years and so the number of airlines and flights. Internet usage and access is the highest in the region, energy is relatively expensive but solar energy infrastructure is becoming widely available and if this trend of using alternative energy continues its likely the energy costs will decrease.

Another Somaliland’s attraction is the relatively political stability. Somaliland has no external debt which is a positive thing, but there are areas of concern which can put off foreign investors namely, currency stability, inflation. The domestic consumption is also growing as the rate of urbanization is growing rapidly, estimated figure is putting urbanization rate at 50%. For investors watching Somaliland, key development will be the completion of the Berbera Port Upgrade, Berbera International Airport, Berbera Corridor And The early successes of the new investments i.e Cement Factory in Sahil Region, And Other Middle Size investments made in recent years, if all the above ventures fair fairly then it’s inevitable we will see more and more inflow of foreign direct investment in Somaliland in the coming few years.